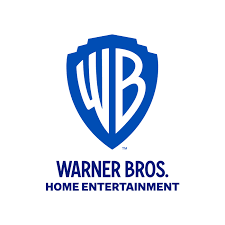 It’s surprising that there seems to be such little enthusiasm from big publishers to turn their hand to repeating Nintendo’s quality. We see one battle royale style, Fortnite-inspired game after another, but seldom do we see a serious attempt to produce a challenger to Mario Kart or Pokémon.

Well that looks to be about to change, at least when it comes to Nintendo’s big fighting franchise Smash Bros.

First we had Nickelodeon and their All-Star Brawl, bringing together characters from different franchises that Nickelodeon owns, such as the Teenage Mutant Ninja Turtles cartoon and the Hey Arnold! series. Now we have a heavily reported rumour that media giant Warner Brothers is stepping into the ring with a multi-franchise Smash Bros.

inspired game of their own called Warner Bros. Multiverse.

While the game’s existence is still unconfirmed, the fact that purported leaks of the game seem to be the target of copyright claims suggests that these rumours are genuine.

The game is reported as including Tom & Jerry, Bugs Bunny, Batman, Gandalf and others.