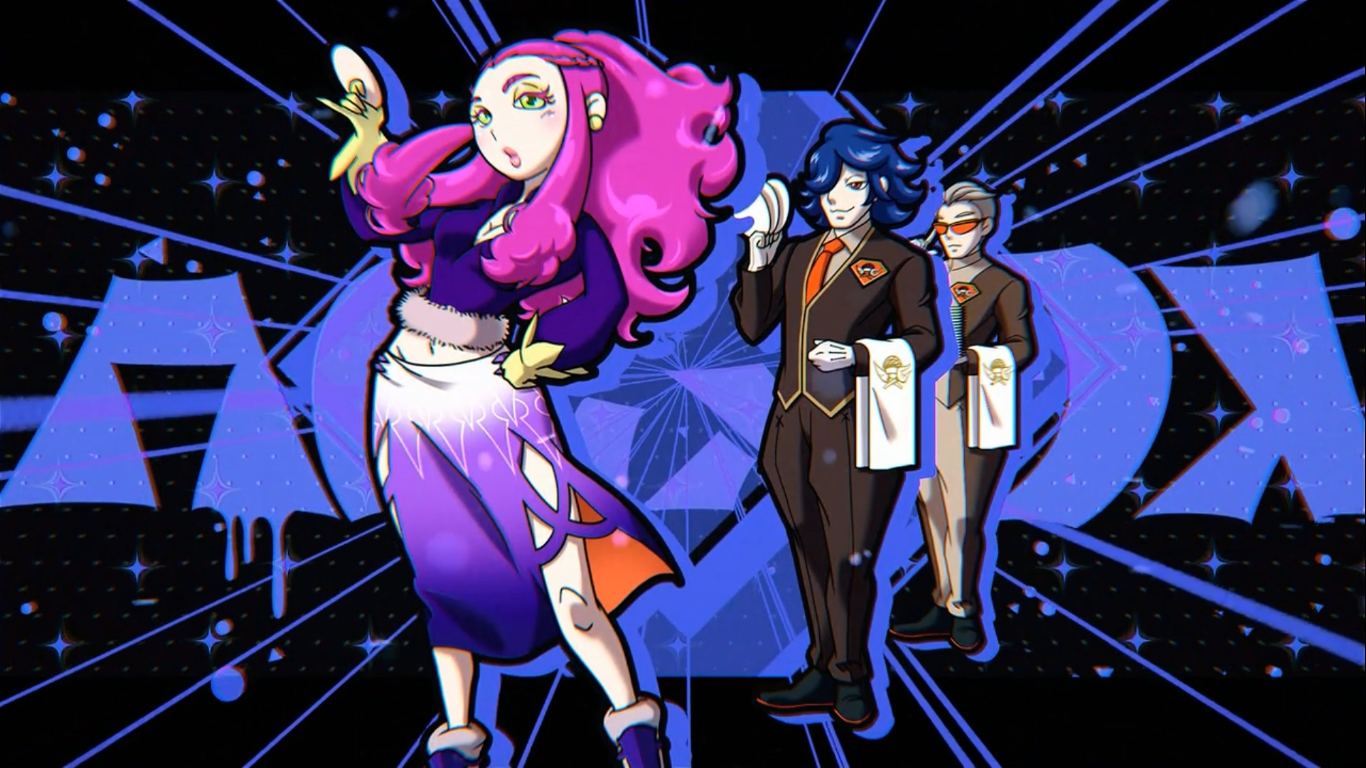 Join Musashi as he fights the Empire to bring sushi to all people of the world— it’s Sushi Striker: The way of Sushido for the Nintendo Switch— the fast paced puzzler, developed by Nintendo and Indieszero.

So you’re Musashi, an orphan boy (or girl if you so choose) who’s biggest plight in life is what he’s going to eat. Specifically, Musashi doesn’t have much of anything to eat in the first place. What he does scrounge up for himself and the other orphans is never all too appetizing. There is one thing out there that might just bring a little joy to Musashi and all the orphans out there, sushi. The problem is, after the great Sushi Struggles the Empire took control over the Republic and now oversees all production and distribution of sushi. The cruel Empire soldiers keep all the sushi for themselves and leave kids like Musashi to go hungry. That is until Musashi meets a travelling sushi striker called Franklin. The stranger offers Musashi some sushi but he has his reservations. The Sushi Struggles took Musashi’s parents from him, but through sheer hunger he tries a bite. To his surprise, Mushashi discovers that sushi is the greatest food in the world, and resolves to follow Franklin to spread the joy of eating sushi. What follows is a continental adventure for Musashi who, something like a Robin Hood but with less stealing and more sushi, fights an entire empire to save the people and liberate the land.

The story in Sushi Striker might sound ridiculous, and it is, but it’s also fun in the outrageous nature of it all, with some outlandish and comic characters to meet that will pull things along nicely. I found myself wanting to see the conclusion to this bizarre tale, playing just one more round of sushi-puzzling to see what happens next. That said, it’s not a story that’s going to have you enthralled, but will probably see you with a few grins. The story is conveyed in text dialogue between characters with minimal animation to the character art. The more major scenes tend to be fully animate, anime style cut-scenes that, to Nintendo’s and Indieszero’s credit, have been produce with both male and female Musashi in mind, and are fully voice acted. The quality of animation here isn’t going to win any awards, but it’s clean and colourful, and definitely does a good job of delivering the story in a way that suits the game’s character.

The story might be a plus, but what about gameplay? The game is primarily about sushi striking. That’s a kind of battle that takes place in front of seven conveyor belts: three for you, three for your opponent, and one that is shared between the two of you. Plates of different colours with different sushi run along these conveyor belts, and you have to link together plates of the same colour. Plates that are next to each other and plates that have empty space between them can be linked, but not plates that are separated by those of other colours. As long as you don’t wait too long to release a chain of linked plates Musashi will eat all the sushi on them and stack the plates up. The plate stakes can be thrown to damage your opponent, and the higher the stack the more damage you deal.

The mechanics are simple enough, but as you progress you’ll be introduced to other elements that will need to consider if you want to make it through to the next battle (or you could tediously grind your level at a snail’s pace).

The most interesting of these are the sushi sprites. These magical creatures offer special skills that can help you or harm you enemies, and range from an attack with giant chopsticks to matching all plates on the conveyor belts to one colour for big chains.

In all of this it’s worth saying again that Sushi Striker moves at quite a pace. Most battles won’t last more than a minute or maybe 90 seconds, and at first I found that a little off putting. It seemed to me like things were over before I had the chance to really get into the rhythm of a battle and start racking up big chains of plates. The controls felt a little off too me at first, holding the A button while using the left stick to link up plates takes a little getting used to. After some time with it though I found myself appreciating the system, especially after I started to explore some of the effects that the sprites could have on battles, tailoring my approach to certain enemies and developing different strategies.

Music is present, but other than the opening and ending themes nothing else really stands out. The music isn’t bad, and it certainly works, it just wasn’t something that I took much notice of. Maybe that’s the point.

You have the single player story to work through, which is longer than you might think, and then there’s multiplayer battles, and I’m pleased to say that you have the choice to play both online and in local split-screen with friends. It’s become common practice to ignore local multiplayer, or allow it with two screens and two consoles like Payday, so I’m always happy to see developers include the good old fashioned split-screen option, we don’t see nearly enough of it any more.

There are a few other bits and pieces to the game but I think you get the idea when I say that there was more content to Sushi Striker than I had expected, and on top of that, it’s on the cheaper side relative to other Switch games.

There you have it, Sushi Striker: The way of Sushido isn’t the greatest game the Nintendo Switch has to offer, but if you stick with it you’ll find a fun puzzler that I hope (and wouldn’t be surprised) to see more of from Nintendo in the future.