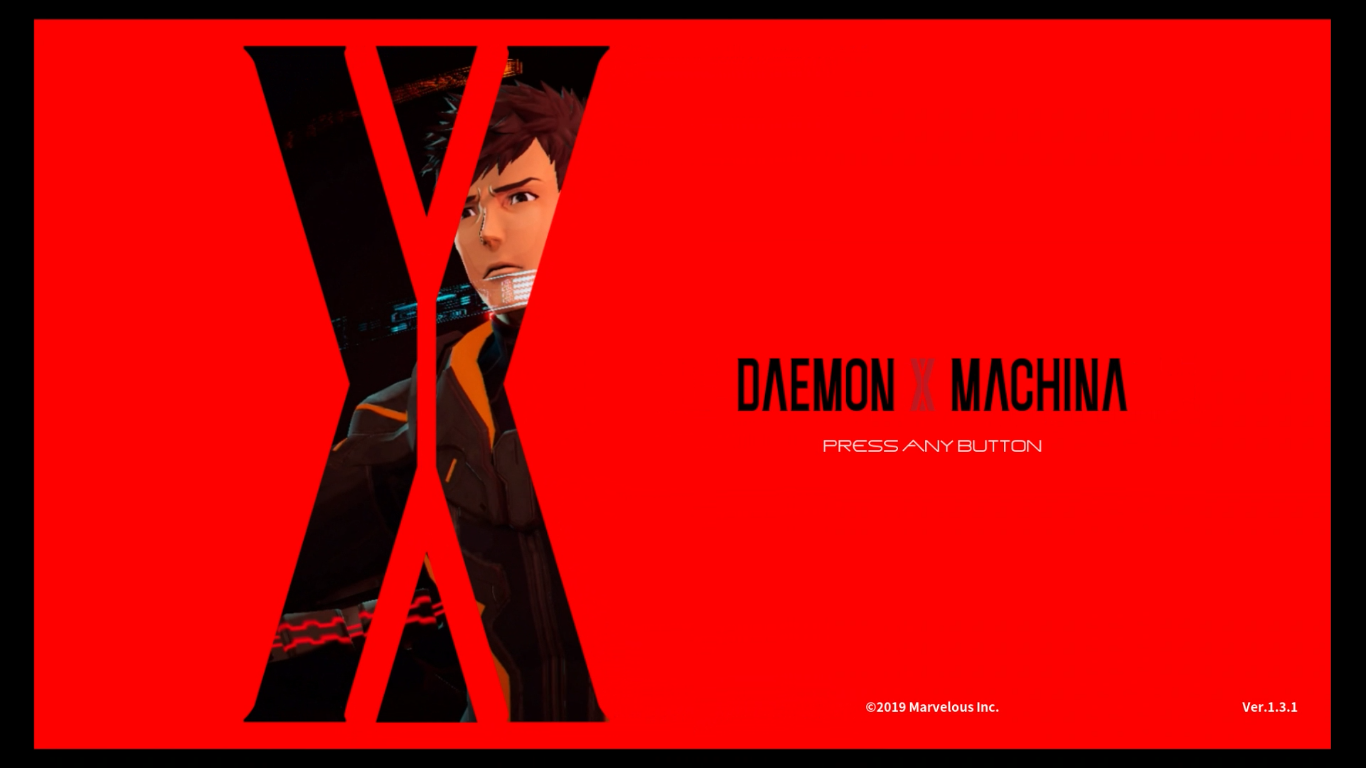 There’s a certain narrow-niche in the video games market for the customized mech-battler genre. For a very long time this sub-genre has had a premier series in the form of Armored Core, the long-running grandfather of mech part collecting bonanzas. Despite this, it’s been years since the last entry in the Armored Core series, with developer FromSoftware focusing on their most famous and successful properties, such as the Dark Souls games and Bloodbourne.

So with Armored Core having gone AWOL for so long isn’t it about time there was a new leading series in this overlooked sub-genre? In steps Daemon X Machina, the Nintendo Switch and PC mech action game.

Since I started off talking about Armored Core, I should save any fans of the series some time and write that Daemon X Machina is probably the closest thing you’ll find to the next game in the Armored Core series without FromSoftware releasing it. It shouldn’t come as a surprise either, some the staff behind Daemon X Machina, including producer Kenichiro Tsukuda, have past experience on Armored Core games. So if you’re looking for something to fill that Armored Core-shaped hole in your life then Daemon X Machina is the best you’re going to get, a little bit more simple but the best alternative none the less. With that mini-review out or the way let’s get started.

Daemon X Machina is best explained as a game of two parts. The first is the time you spend before missions. During this time you’ll be preparing by making any changes to your arsenal (what the games calls mechs) that you might feel you need to, buying and developing new equipment, and buying upgrades for you’re outer (the pilot you play as).

After you’ve done everything you need to then you can select a mission to take on and bring your arsenal into battle, moving us on to the second part of Daemon X Machina’s gameplay. Missions are almost always about engaging with enemy forces, wiping them out, and usually getting a new part or two for your arsenal in the process, as well as a reward to buy more parts and upgrades. This cycle of combat and customization is Daemon X Machina; improve your arsenal, have a battle, improve your arsenal further to take on tougher battles, and so on. It all sounds a little bit repetitive, well it is honestly, but don’t get the wrong idea, it’s repetitive in the way that’s more compulsive than boring. After all, who says ‘those Super Mario games, all that jumping and collecting, it’s so repetitive’? No one, that’s who.

Much of your time in Daemon X Machina can be spent just tinkering (and often times overhauling) your arsenal, swapping out weapons and parts, seeing how the different loudouts feel in the field and saving your favourites. It all quite technical, with a page of different values to compare when putting your arsenal together.

There are issues like weight, do you go for a heavier build to lumber about with the durability that it brings, or go for something lighter that lets you dart about for prolonged periods but leaves you with more frailty? What about weapons? Would you prefer the distance that a sniper rifle provides or something close-up, like a sword, or even have both since you can equip a weapon in each hand.

It might sound overwhelming to some, but don’t be put off. In truth, you can make your way through Daemon X Machina with less consideration of the numbers than you might think. As long as you pay attention to the overall rating of your arsenal for a rough guide, as well as your memory capacity, you’ll be fine. However, if you want to get the best arsenal you can, then the depth is there for you to take a dip.

So how about the combat, how does it play out? Things have an arcade feel with fast action and lots of it. The camera takes a third-person-view as your arsenal moves around an area ringed by a yellow barrier and then by a red barrier. You’re free to move around the level as long as you don’t cross these barriers. Cross the yellow and you are given a limited time to get back out again, and if you cross the red barrier it’s mission over. This usually isn’t a problem, just be careful around the large bosses, since their attacks can soon knock you out past the yellow barrier.

Since the action is so fast, particularly if you design your arsenal for speed, the aiming in Daemon X Machina is partially automated. All you need to do is keep a target within the larger sight of your arsenal and the arsenal will compensate for movement, etcetera when you fire. Your arsenal is capable of flight and boosting, and can even use items in the environment as makeshift weapons, like explosive tanks which can be thrown as bombs at enemies. The battles are mostly straightforward, with an emphasis on simplicity and action. You will also find that you’re often not alone on the battlefield, with many missions giving you a partner or two of computer controlled arsenals to help. The co-op doesn’t stop there either, as you have the option for a friend to join you over the internet or locally (unfortunately this is the kind of local play that requires 2 copies of the game and 2 Switches). There’s even a competitive multi-player option.

There is a story, and one which has a lot of focus at that, played out in dialogue over a radio screen for the most part. A chunk of the moon has fallen to Earth, leading to a post-apocalyptic future where certain humans called outers are the only ones capable of operating out in the toxic wastelands that hold precious resources, while at the same time fighting off evil AI machines determined to destroy humanity. The plot is actually very important (a big departure from Armored Core), and things unfold in a way that I won’t spoil for you. The unfortunate thing about it is the way in which the story is delivered. Not only is it conveyed (for the most part) through these radio screen dialogues, which is at best bland, but is also delivered in an obscure manner that just drags things out rather than interests. You’ll spend most of the game not knowing the full story, and when you do you’ll still have questions. Over all the story isn’t bad, some ideas are even interesting, I just wish it had been handled better.

Music is good, with plenty of rock to suit the action on screen, but is ultimately forgettable, with the exception of a couple of tracks.

Graphics and presentation do leave an impression though. The developers have gone for a more unrealistic cel-shaded style that helps with the Switch’s limitations. And although the levels aren’t the most impressive, there is a nice mix of colour, particularly when laser weapons are involved. You can get come up with some nice changes to your arsenal’s colour, and top of that, you can customise the HUD you see on-screen to surprising degree. It touches like that which tell me the developers put some thought into the game.

Deamon X Machina is a good game, even a very good game if you enjoy the tinkering and stat comparisions. On metacritic the game has a meta score of 68 and a user score of 7.2 (as of writing) and I certainly would lean toward the user score. It’s not perfect, and not a replacement for Armored Core, but for the people that enjoy the customisation and battle loop, Daemon X Machina is a good buy, and for anyone looking for a stylish action game.

I reviewed it for the Nintendo Switch, but Daemon X Machina is also available on PC through Steam.