Left Alive Review: Is it that bad? 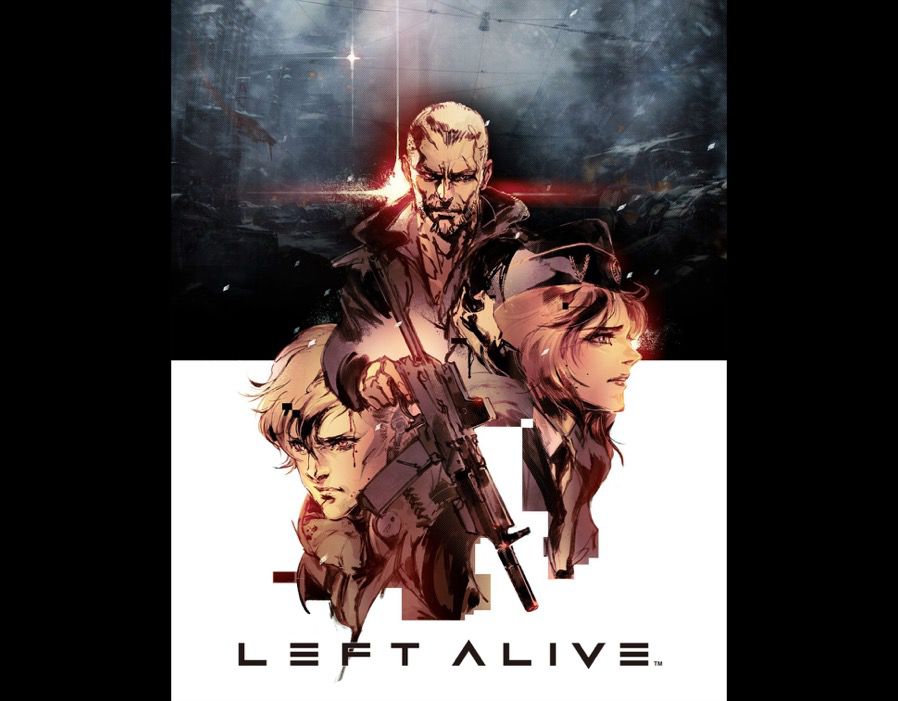 ‘There’s a good, solid game here, and that’s probably even more surprising to you if you‘ve read some of the other reviews for Left Alive out there before this one.‘

We’ll be taking a look at Left Alive for this review. That’s a game that I was looking forward to, it even made it onto my list for the most anticipated games of this year, and I think if you look at the staff involved, as well as the pedigree of the Front Mission series most people could understand why. So you can imagine I was very surprised when the first wave of reviews surfaced almost universally trashing the game. Well now that I’ve completed Left Alive I’d like to put together my thoughts on the question, is Left Alive really all that terrible?

So the first thing to say about Left Alive is that it’s challenging, and by that I mean that you’ll lose a lot playing this game. It’s set in a war zone, and the main characters of the game (of which there are 3) are out to survive while saving as many civilians as possible. That’s the game’s premise, and that’s how this really feels; you’re one person against an entire invading army, just trying to survive. As you might have guessed, that means you’re going to need to be stealthy.

You’re almost always to be outnumber and overwhelmed by you’re opponent’s fire power, so you’re going to need to make use of the odds and ends you find scattered in the aftermath of the conflict, crafting improvised weapons and traps to give yourself a chance of survival. That all sounds really good to me, but let me put it in practical term.

Each level of Left alive will see you put in a map. These maps are usually fairly large, and there will almost always be a lot of enemies, as well as a few civilians dotted throughout. You’ll have a main mission object, which will usually involve you needing to make you’re way to a certain destination, but side missions to help survivors also pop up, and these can be completed at your discretion. Because you’re a survivor, thrown into a war zone, you’ll find yourself woefully unequipped for the situation, of course there are weapons to be found on the battlefield, but firearms are. What you’ll mostly be relying on are the items you can craft from the bits and pieces that litter the ground. These creations include smoke bombs (one of the most useful items in the game) and barbed trip wires, to mines and miniature gun turrets. On top of that, the ever present AI ‘Koshka’ is there to tell you when an enemy is approaching (more on that later) as well as marking helpful things on your map, like were you main objective is and civilian shelter locations. As you make your way through levels you’ll be spending most of your time avoiding enemies..

From the early stages it will be obvious to most people that Left Alive has its fair share of rough edges, the first of which is the movement of characters which is stiff and heavy. The feeling of weight isn’t so much of a problem, but there’s a distinct unnaturalness to the characters as they run or slide to dodge. Then there’s the inconsistency of the enemies, sometimes you can literally walk by an enemy in plain sight, no more than arm’s length from them and they don’t realise you’re there. Yet, at another time I had an enemy solider see me behind cover, seemly because the cover was at an odd angle.

That’s very frustrating as you might imagine, and then there’s Koshka’s ‘help’. You see, whenever you come within a certain distance of the enemy Koshka will warn you by saying ‘Caution, the enemy is approaching.’ The problem is that Koshka will repeat herself every few seconds while you remain within that proximity, or until you are discovered. Getting discovered is usually very bad news too, because it takes quite a bit to take down even the most common of soldiers, but not so much to finish you off. So you can imagine, there you are, waiting patiently for the guards ahead of you to turn their backs just long enough for you to sneak past, and while you wait you hear cycled over several times ‘Caution, the enemy is approaching.’ You sit through this for some time, then it looks like you have your opportunity, you take you chance and dash past those pesky guards, thinking you’re safe, then you realise that there was another soldier waiting just around the corner. You didn’t make it, and you start all over again. Frustrating right? If you’re anything like me that will happen a lot, at least at the beginning. It’s not just you’re own health you have to worry about though, because the civilians are in even more danger than you are. At least you can run, not to mention choose where you run, but the civilians aren’t so lucky.

When it comes to saving them the best you can do for the civilians is to tell them when to move and when to stop. They travel along a set path to the nearest shelter, and those paths usually run dangerously close to (and sometimes through) enemy patrols. These rescues can be some of the most difficult parts in the game, not least of all because most will require you to go though some dialogue options to convince them to follow you. If you get the options wrong then you’re out of luck, especially since an auto-save will kick in and that’s that. Thankfully most survivors are near save spots and auto-saves overwrite a dedicated save slot, not you’re manual save, so my advice is to save before speaking to any civilians. Alternatively you could choose to ignore them completely, but there is a plus side to saving them.

So you’ve probably been reading this and thinking that right about now you might as well finish up with this review right? Well I hope not, because if you’ve got the patience to stick with me this far, you’ll probably have the patience to enjoy Left Alive. It might come as a surprise to read but I really enjoyed Left Alive. There’s a good, solid game here, and that’s probably even more surprising to you if you’ve read some of the other reviews out there before this one.

So what could I be talking about given all the problems I’ve already pointed out? Well how about that gameplay. Yes it’s unforgiving, yes you will probably be made to regret it if you make a mistake, yes you’re going to need your wits about you, but are any of those bad points? There are other games out there that people say the same things about as selling points, the same is true for Left Alive. It can feel a little trial and error, especially at the beginning while you learn just what it is to approach the game properly. You’ll try, lose, learn a little more and try again, and when you eventually do succeed, it’s very rewarding. What you need to learn is when it’s safe to fight and when it’s better to sneak. Say there’s an annoying drone flying back and forth, well perhaps you can shoot it down. You take a quick look around, seeing that the nearest guard is never going to catch you out, so you shoot down the drone. If you’re up against a heavily armoured battalion though, it’s almost certainly better to exercise some discretion and find a less aggressive way to progress. It’s this sort of guerilla style warfare that Left Alive demands if you’re going to make it through in one piece.

I was scratching my at some of the reviews I had read and listened to, where people were discussing how they resorted to continually roll-dodging, or simply dashing through levels, rather than taking their time.

Later on, when I had gotten to grips with everything, and had built up a decent amount of ammo, I was picking off enemies then slipping behind cover, finding things much easier.

I even found my problems with the inconsistency of enemy’s detection and intelligence bothering me less and less the more I played.

Also, since I wrote about how much you’re going to be losing, it’s worth mentioning that there’s an interesting mechanic around the deaths in Left Alive. You’ll eventually be introduced the heat map, which shows the places in a level where other players lose most frequently. These area are then given a higher spawn rate for ammo an items, like a sort of self-correcting difficulty. It doesn’t change the world or anything, but it’s a nice idea, and on top of that, the heat map gives you a very accurate picture of where is safe and where isn’t. There will also be times when you do need to enter a full on fire fight as well, like when you’re given the opportunity to pilot the giant Wanza mechs. These sections aren’t too common, and it’s not as if the mech controls in this are on par with something like an Armored Core game, but it’s a nice change of pace to see the enemies running from you instead of the other way around. I found these sections just added a little more to the gamplay.

As far as the story goes there is more to it than just being in a war zone that will reveal itself as you progress, and for the most part it was interesting. It isn’t anything new, but it all made sense, and the voice work for the character does a good job of delivering everything you need to know. On top of that, there’s a good deal of information in news articles and other pieces that Koshka will provide you with to flesh out the world and the people in it. I was quite impressed with the effort to build up the setting, especially the extraneous details that the developers have put in.

The three playable characters are also highlights. It’s a good job to get one interesting or likeable lead character, but to get three is really something. Mikhail, Olga and Leonid all have their own reasons for doing what they do, all of which are compelling. Of course, having three characters means you won’t have as much time with any single one of them for deep development and the like, but what is there is really quite good.

Music is only really present during particular events. When you’re sneaking across a level only effects and voices are present, but when the bullets start flying you’ll hear the powerful and dramatic score come into play. I would have liked to have had more music, but what is here is good.

There are multiple endings and a new game + option which adds a few things for multiple playthroughs, and that adds to Left Alive’s value.

Really, what I found with Left Alive was a good game with some interesting ideas, somewhat obscured by some poor execution and with an initial difficulty that will put off most people before they have time to settle into a comfortable rhythm. If you’re a fan of stealth games or are just looking for something a little different then I can recommend Left Alive. If however, you’re the sort of person who doesn’t have patience for difficult games, replaying sections of a level repeatedly etc. then I’d say you should avoid Left Alive. For me, I had fun, and I’m giving Left Alive a 7 out of 10