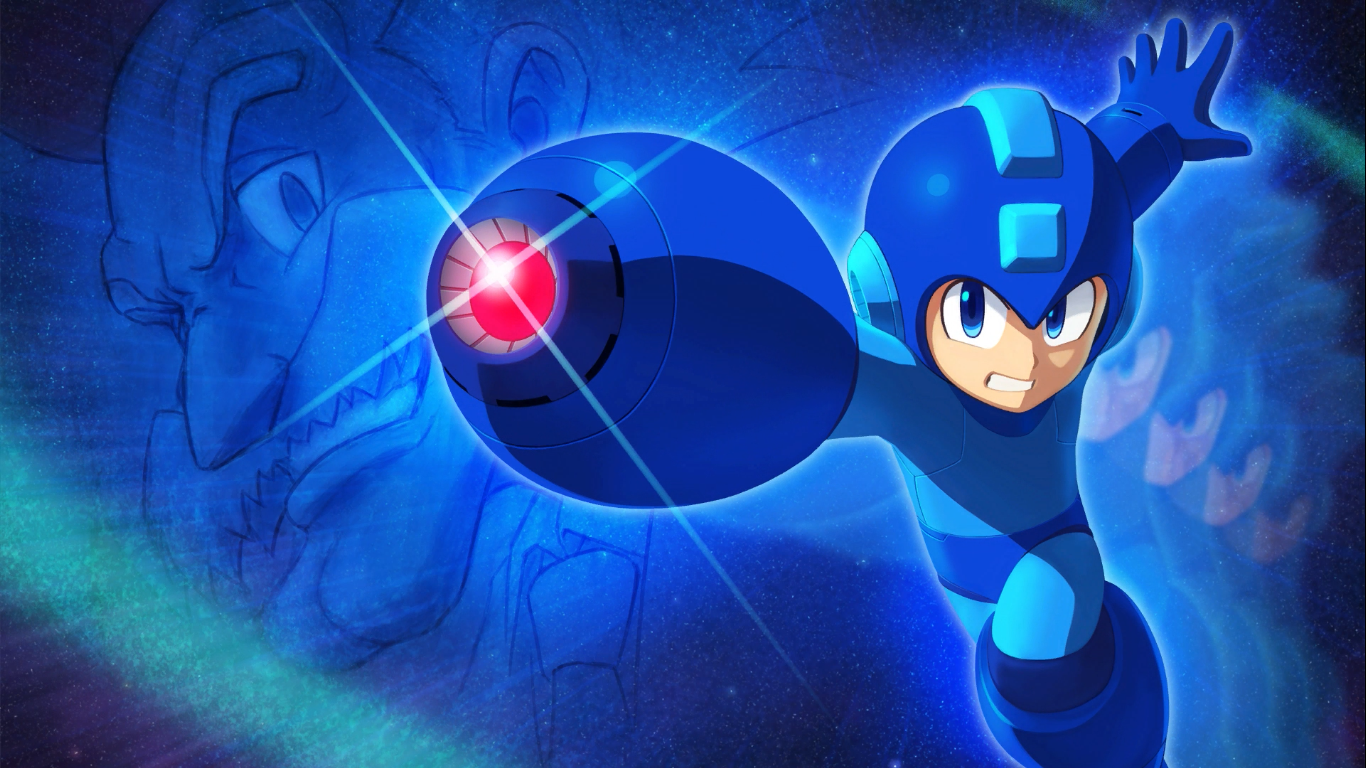 There’s been a large gap in time between Mega Man 10 and Mega Man 11 (8 years), so a lot of fans of the mainline series were eager to see how Capcom would bring the series to a contemporary audience. How has Capcom coped without Man Man series mainstay Keiji Inafune? What new gameplay mechanics are introduced and how do they work? Well let’s take a look.

So if you’re familiar with any of the older mainline Mega Man games there’s little here that you won’t instantly recognise, but if you’re one of those people who aren’t acquainted with the ‘Blue Bomber’ let’s give you a quick overview.

Mega Man is an old-school platformer, and by old-school I mean archaic, like a retired raisin. As Mega Man you’ll be running across 2D levels while shooting enemies and dodging instant-death pitfalls, instant-death spikes and instant-death walls of fire. There are a couple of contemporary features to help you through these trails called the ‘Double Gear System’. This gear system gives Mega Man the ability to either slow down time or power up his attacks for a limited period. That is really the only major addition to Mega Man 11. Everything else plays out like every other Mega Man game in the series.

You start the game with Mega Man’s blaster as your only weapon, a selection of bosses and their corresponding stages. These bosses can be challenged in any order, and each time one is defeated Mega Man will receive a new weapon based on that boss’ power. Each boss is weak to a particular power, but for the most part it won’t be something you’ll be worrying about since most of the bosses don’t pose much of a challenge. This is something that surprised me about Mega Man 11. The games in the Mega Man series are known for their difficulty, and while you will be finding yourself having to replay certain areas a few times thanks to stage hazards, the bosses were never really a threat thanks to the in-game store. In the store you can purchase permanent power-ups to Mega Man, as well as items like health tanks and continues. What’s more, many of these items are cheap, so stocking up before starting a new stage is easy, effectively guaranteeing a win against the stage’s boss.

I was expecting the time-slowing feature to be what took the difficulty out of the game, and to an extent it does, but ultimately it is down to the player whether they use the feature to ease the level of difficulty or not.

That being said, the difficulty is probably about right for new fans while still offering some challenge to veterans.

Everything else is Mega Man. Controls are responsive and simple enough for anyone to get the hang of quickly, just as older platformers tend to be. And they need to be for all the enemies that hide just at the edge of the screen waiting to pounce, and the others, often placed after the landing of a jump over a pitfall or other death inducing hazard.

Presentation has been updated a little. Although the game still takes place on a 2D plain, characters and enemies are all 3D models, and everything looks clean and bright.

Music comes in a heavy electronic tone as you’d expect that suits all the robotic action, and a couple of stages, specifically the Bounce Man and Acid Man stages stand out as particularly fitting.

Finally, there is a series of challenges that come with online leader boards for some competitive point scoring, adding some life to the short story mode. Most people will probably clear the story within the three hour mark.

So how does Mega Man stack up after so long out of action. Quite well actually. It’s certainly the case that if you weren’t a fan of Mega Man before then 11 won’t change your mind, and it’s not the best Mega Man title in the series. But for people who are already fans of the series, or just fans of more old fashioned platform games in general, then Mega Man 11 is just what you’re looking for. Not only that, but since you can find Mega Man 11 for less than £20 if you shop around, it won’t set you back much.