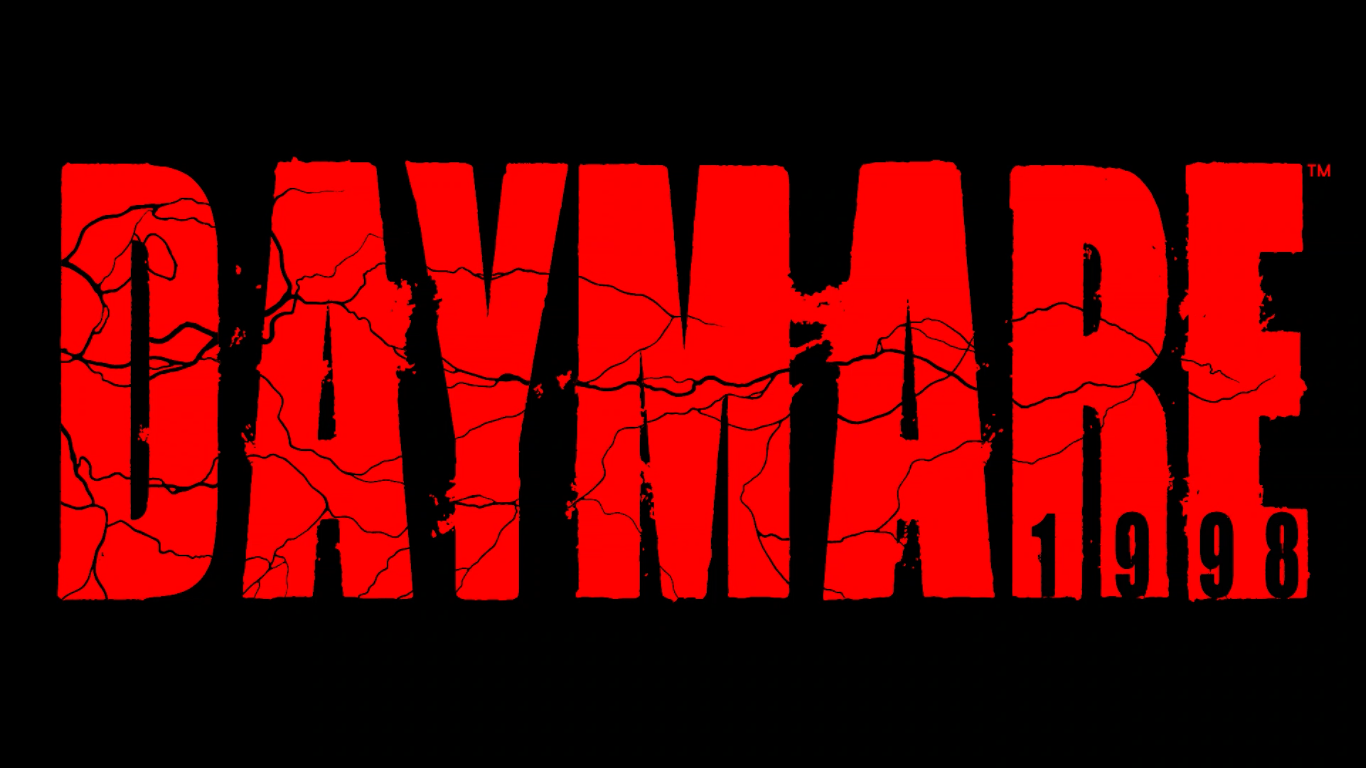 There are so many games released each year for each console that it’s all but impossible to hear about everything worth playing. Daymare 1998, the subject of this review, falls into that category aptly, a multi-platform game that released without the notice of most gamers, but a game that is definitely with a look, especially for one particular group of gamers.

The story behind Daymare 1998’s creation is interesting enough in its own right, but for the sake of brevity–developers Invaders Studios were working on Resident Evil 2 Reborn, an unofficial remake of Resident Evil 2. The remake received a great deal of attention among fans of the Resident Evil series online, but the project was derailed when the official RE2 remake was announced by Capcom. Rather than give up though, Invaders Studios instead set about making something new with all their hard work, Daymare 1998.

Reading that might just have thrown your expectations through the roof or sunk them below the floor. You might be thinking ‘Daymare 1998 is a new Resident Evil 2? Oh boy!’ Or maybe you’re more of the mind ‘So Daymare 1998 is an RE2 rip-off?’ Well neither of those reactions is quite right.

Daymare 1998 is certainly a homage to its inspirations. It comes with much of what you would expect from a survival-horror game. There is resource management in the way of limited ammunition, a selection of weapons to knock-off hordes of zombies, puzzles to solve and even shady corporations. There is a lot that ties Daymare to the RE games and older survival-horror games more generally, but there’s nothing wrong with that as far as I’m concerned. And there are some interesting points where the game’s own identity shines through too.

Daymare 1998 takes place in and around the town of Keen Sight, U.S.A. Mega corporation Hexacore has been operating some nefarious experiments in their Aegis Laboratory on the outskirts of Keen Sight. These experiments have gone wrong and led to the release of virus that turns the staff of the laboratory, and eventually citizens of Keen Sight, into zombies. This disaster plays out as you control three character; Liev and Raven, two members of H.A.D.E.S (that’s Hexacore Advanced Division for Extraction and Support) and Sam Walker, a forest ranger who suffers from the eponymous ‘Daymare Syndrome’, which causes terrifying hallucinations. All three characters have their own perspectives on the crisis and motivations.

Gameplay takes place from a third-person, over-the-shoulder perspective. If you’re familiar with the RE2 remake, or any of the Resident Evil games from 4 onwards than you’ll know what to expect. The environments you’ll be exploring are mostly linear, though the effort to make many of them appear lived in (particularly in the city) left me noting the linearity less. I was impressed with Daymare’s level design all around really, from both the variety and detail. Different locations in the game aren’t especially extravagant or intricate in layout, but Invader Studios do a good job of giving a sense of the horrific events that are unfolding, with gory indications or abandoned rooms in disarray. The bulk of Daymare will see you exploring these different locations while having to deal with a small selection of different types of zombies, and of these types the standard shambling animated corpse is by far the most common. No matter what zombie you come across though you’ll either be avoiding them or dispatching them. To do this each character will get a three firearms, along with both regular a powered-up ammunition, at least for some of the weapons.

So far everything I written about will be trodden ground for survival-horror fans, so on to something that’s a bit different. At the start of a new game the player will be asked whether they prefer a ‘classic’ or ‘modern’ take on survival-horror. Interestingly it’s the classic take that introduces a novel feature to survival-horror, namely that you have to load the clips of weapons each time they run out. This means that if you have spare clips for your pistol, it’s best to make sure you load them before you find yourself facing down a group of zombies, otherwise you’ll quickly find that you’re looking for a safe place to reload.

And trying to pause the game won’t help, because the action doesn’t stop when accessing the inventory screen.

It might be that opening the inventory menu before each zombie encounter doesn’t appeal to some, but I felt the mechanic added some welcome novelty to Daymare, and since the option is there to disable use of clips there really is no negative to it. And if you do play in the ‘classic mode’ you’ll also have slow and quick reloads added to gameplay.

The idea between slow and quick reloads is that, if you have an extra clip with ammo, you can choose to either quickly eject the loaded clip, causing it to fall to the floor (and out of your inventory), or use the slow reload which will take longer but you won’t have to collect the clip later since it stays in your inventory. The quick reload is useful for high pressure encounters when you don’t have the safety to open the menu, and although it was not something that I had to use often, there were a couple of instances where I found the quick reload useful. Again, it’s a small thing but it helps give Daymare a little but if its own identity, and it shows that Invader Studios weren’t just looking to make a clone of older games. It’s worth noting that things don’t move too quickly in Daymare. That’s not to say the game is sluggish, more heavy, plodding even, but also methodical. Your character does have a jog button, but notice that I wrote jog button, not a sprint button. This is just to say that you aren’t going to be bouncing off walls or dashing down corridors as (mostly) slow zombies pursue you. More often than not you’ll be gauging the safety provided to you be the space between yourself and your enemies before picking a careful aim to dispense with them, then moving forward again. You do have a melee attack for close encounters, but this will only buy you a moment or two, knocking back a zombie so you can run to a safer distance. It’s not all combat though, with several puzzles in the game, some of which being quite challenging. One early example has you entering the names of mythical Greek figures and things into a computer. The challenge is that the computer’s keys are in the Greek alphabet, so you’ll have to use nearby items to help remind you of the proper keyboard layout, as well as just what passwords correspond to each cryptic hint. These puzzles were a welcome surprise, since they go far beyond the simple ‘grab a crank, turn the valve’ that we’re used to in the RE series.

There are also a set of collectible deer figurines to find throughout your play-through, with each one themed after a movie franchise. Make sure you keep your ears open for the distinctive squeaky the toys make when near by.

The overarching story is more or less what’s already been described, which isn’t much. Where Daymare again shows some of it’s own personality is in the story surrounding individuals characters. It’s these character stories that drive things along, and things take an interesting direction (as far as survival-horror games go) if you complete the game.

As a small side note, you’ll find files in Daymare that reveal more about the story and build up the game’s world. Sometimes you’ll find encrypted files that seem to have no purpose in-game. However, if you take the passwords found on these files over to the Hexacore website that Invader Studios has step up you can decrypt them and read their contents. So it’s a good idea to take a screen shot of the files or keep a pencil and paper ready to read the them later. If you want to visit the Hexacore website it’s here.

One area where Daymare doesn’t do so well is the music. Invader Studios has gone for more of an ambient approach to the music, which can work well in both more relaxing and more tense video games. Unfortunately I think a fitting soundtrack taking greater prominence would have been preferable here. There is some good, sufficiently creepy background music that adds to the sense of tension, but often times Daymare’s music melts into non-existence.

Voice acting is of the B-movie variety. It’s not great but it does what it needs to do, though if you’re a connoisseur of vocal virtuosos then this won’t do it for you.

Graphics are a mixed bag. Daymare is a game from a smaller studio with a smaller budget, but graphics do well for what is there. Some of the zombies themselves look particularly good, especially when compared to Sam, one of the playable characters and probably the worst of the character models. And even Sam is not by any means a terrible model, only that you should not expect AAA models in a game that was put together on a smaller budget, with a smaller team. There is regular ‘texture pop-in’ but only briefly when it happens.

Daymare 1998 took me roughly ten hours to complete, which is a decent length for the genre, and the PC version includes an extra mod called ‘Dead End’ which is Daymare’s equivalent to the ‘mercenaries mode’ of older RE games, though since this review is for the PS4 version I wasn’t able to try it. There are other difficulties to try and the collectibles to find if you didn’t manage to get them all the first time through, but for the Dead End Mode on to only be available on PC’s (whether that will change or not who knows) and no unlockable content through better final game scores are big misses, especially from a game taking inspiration from older Resident Evil titles is disappointing.

Even with that in mind I found myself really enjoying my time with Daymare 1998. The game won’t be for everyone, it has moments of novelty without eery doing anything that could tear it away from being a simpler, more survival centred horror experience. There’s still nothing wrong with that as far as I’m concerned. Daymare 1998 is firmly set in the older style of a genre that has gone through a lot of changes since it’s creation. Daymare take some of the most strongly associated aspects of survival-horror and packages them in a more modern presentation, as the official Resident Evil 2 Remake did. It’s simple and straight forward, and if that’s what you’re looking for than you can find Daymare for under £20 physically.