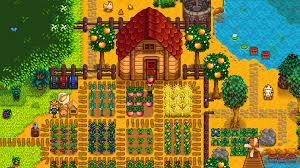 Stardew Valley is the 2D farming-sim that has proven very popular since its release for PC in 2016. Since then it has been portedto just about everything, but only has a physical release for the Nintendo Switch in Japan. That’s set to change though, because publisher Fangamer will be making a physical release of the game for Nintendo Switch and PC in the U.S.A in November, 2020.

Whether there will be a release in the European region at some point is unknown, but you can take a look at Fangamer’s website for their physical version here.