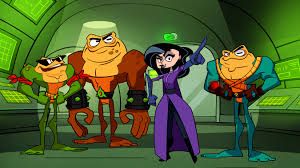 Rare’s Battletoads franchise was announced as making a comeback in 2018, and now it has a release date.

The newest Battletoads game will be coming to the Xbox One and PC through the Micrsoft Store and Steam respectively on the 20th of August, 2020. And while the game isn’t being developed by Rare this time, it will stick to the classic 2D side-scrolling beat ’em up genre the series is known for.

You can watch a new trailer for the game here.