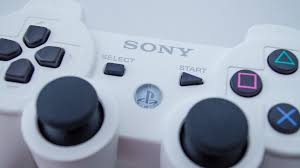 There was some notable disapproval among Playstation fans over the proposed closured of the online stores for the Playstation 3, Playstation Portable and Playstation Vita.

This outcry caused Sony to have a rethink over the closures, opting to continue with the PSP store shutdown but delay the same treatment for the Vita and PS3 for an undetermined period.

That decision was taken earlier this year and now Sony is taking steps to slowly move toward their original aim.

Starting on the 27th October, 2021, Sony will remove the option to make purchases through the PS3 and Vita stores with Paypal or direct payments with credit and debit cards. Instead customers will need to add funds to their digital store wallets from gift cards.

This is the inevitable fate of digital-dependant media of course, but it will still sting fans, especially the Vita, a console that Sony was felt to have abandoned faster than a Chocobo on roller skates.