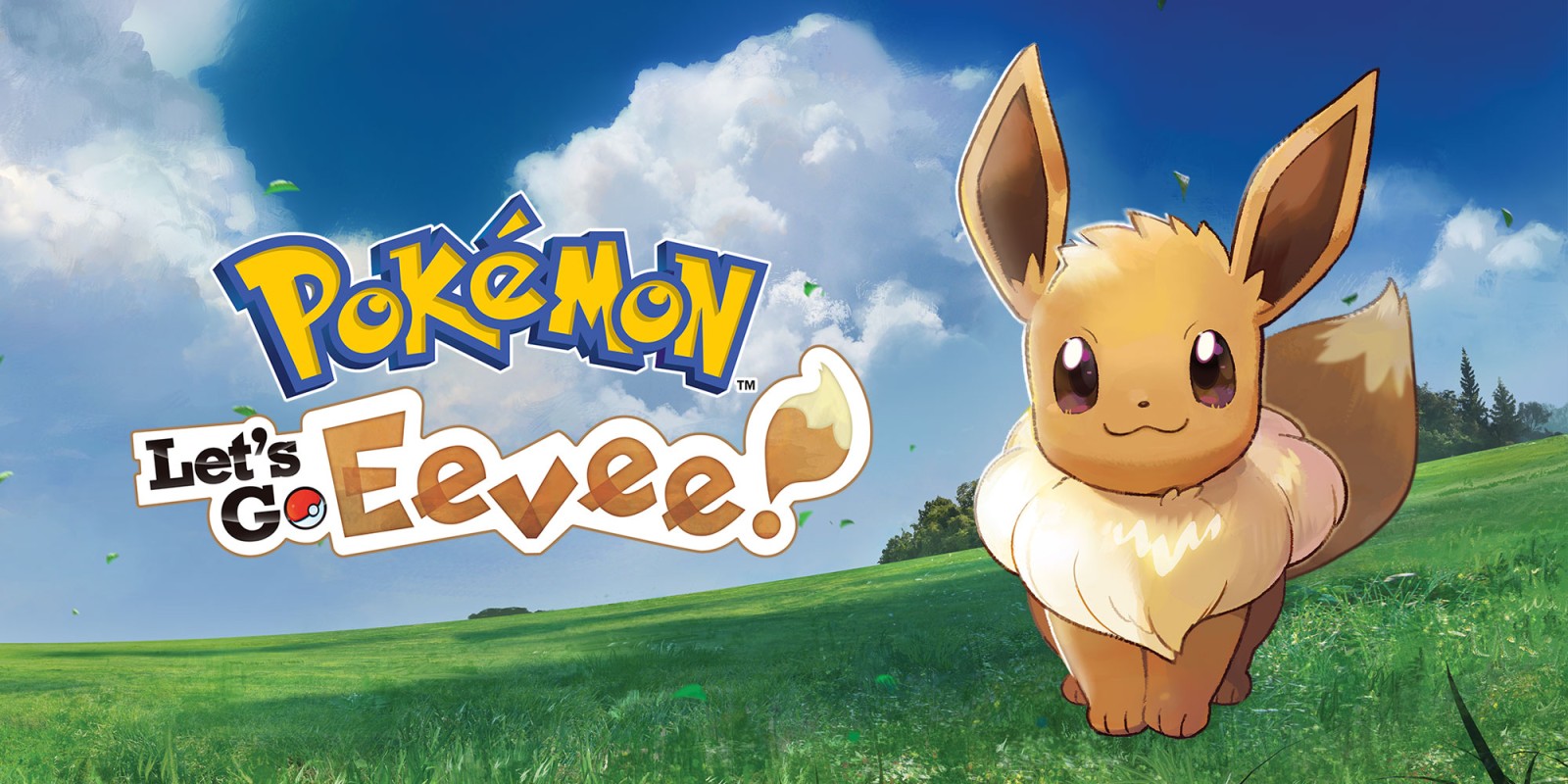 When I sat down to play Pokémon Let’s Go Eevee on the Nintendo switch, openly I’ll admit, I did so with a closed mind.

See I’m a huge Pokémon fan, I’ve proudly played every Pokemon title in the main series since the Game Boy. I’ve played the stadium games, I’ve played the trading card game, heck I even played Pokémon pinball, but that said I have far from enjoyed all these Pokémon game, most recent of these being Sun and Moon which I found shallow and boring to be brutally honest.

And yet here I was again ready to play a Pokémon game despite the taste Sun and Moon had left in my mouth, that and the fact that this particular Pokémon game was based on an app which never appealed to me in the least. No real surprise then that Let’s Go didn’t make the best first impression.

Graphically I loved the art direction of the game though, it struck me as something of a cross between the original anime and the direction Game Freak had taken the series with Pokémon black and White, I was sold on that aspect from the off as well as the setting.

Let’s Go is after all a kind of Pokémon Yellow remake and so returning to Pallet Town yet again, albeit a far more beautifully realised, one was a joy, then came the point where I had to catch my first Pokémon.

As I was playing Pokémon Let’s Go Eevee the first Pokémon I had to catch was, spoiler alert, Eevee. However unlike Pokémon titles in the past catching a Pokémon in Let’s Go simply requires you to throw a pokeball at the desired pocket monster again and again and again until eventually they get as bored as you and give in. Needless to say, the process of catching a Pokémon in Let’s Go is simply nothing like it was in the past games, gone is the need to slowly work down the Pokémon’s HP bar until it goes red before launching your pokeball and hoping it stays closed. No in Let’s Go you just keep chucking balls till you run out or the monster in question escapes.

Later in the game different pokeballs and items do come into play to help you catch’em all, but in all honesty it still boils down to throwing pokeball after pokeball, and if you’re doing this with the motion controls on as I was in the beginning it all becomes very tedious very fast.

Despite this I caught my Eevee and the first signs of Let’s Go’s magic began to surface. Your partner, be it Pikachu or Eevee is truly full of character, more so than any Pokémon before and feels like a real creature.

Eevee really did feel like my partner from that moment out and that bond only grew stronger every hour I played. Honestly I have a team of my favourite Pokémon, the same team I’ve had for years, Blastoise, Scizor, Mewtwo ect. Eevee has never been one of them but this Eevee in my game feels like part of my team and that’s a huge achievement.

The other Pokémon you meet on your journey also have varying degrees of their own character too, but none match what Game Freak have done with your partner.

Once the shock of the first capture was over, my next irritation came in the form of hand-holding, Let’s Go really does treat you as if you’ve never played any Pokémon title before ever, a decision which has clearly trickled down not only into the capturing of Pokémon but into the battles themselves, which are almost entirely decided on how powerful your partner is or if you have the correct type combination to win. For instance I beat Brock’s Onix with Eevee just by using a few potions and tackle.

Even with the drop in challenge it wasn’t long before I found myself forgetting about the problems, the straightforward battle and capture mechanics just kind of became normal and I found myself really enjoying Pokémon Let’s Go for what it was, a kind of soft reboot of the Pokémon franchise which has trimmed away a lot of the fat the series has built up over the years.

After playing the game awhile more I didn’t miss having to work down a Pokémon’s HP before catching it, I certainly didn’t miss surfing the web in search of the best battlegrounds to level up, egg move lists or EV this and EV that. Would I have liked more of a challenge? Yes indeed but did I appreciate a more streamlined Pokémon experience? I so did. Despite the fact that before playing Pokémon Let’s Go, I didn’t really realise that was something I wanted from a Pokémon title.

In terms of nostalgia fulfilment, presentation and my buddy good Eevee, Pokémon Let’s Go has reaffirmed my affection for the series as a whole, perfect it’s not but if Game Freak stick with this formula and polish it up a bit, the Let’s Go series could ultimately be the best thing to happen to the Pokémon franchise since Gold and Silver.