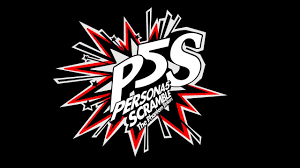 After months of speculation, Atlus has finally unveiled the true face of Persona 5, S & it’s safe to say, nobody saw this coming.

Co-developed by Atlus and Koei Tecmo for the PlayStation 4 & Nintendo Switch, Persona 5 Scramble: The Phantom Strikers follows the lead taken by Hyrule Warriors, reinterpreting persona 5 as a hack and slash as opposed to a JRPG.

Spinning the series off in such a way will surely come as a shock to many, particularly Switch owners who have been waiting for a port of Persona 5 for the best part of the a now. That said, Koei Tecmo is a solid developer who will hopefully bring some new energy & ideas to the series.

In other Persona news, Persona 5 Royal also had its lid lifted with Atlus confirming the game to be the definitive edition of Persona 5, featuring new characters locations and some extra story content.

Persona 5 Royale Edition will be available exclusively on the PlayStation 4 next year while Persona 5 Scramble: The Phantom Strikers has yet to receive a release date on either the PS4 or Nintendo Switch.