Nintendo E3: What Was There? 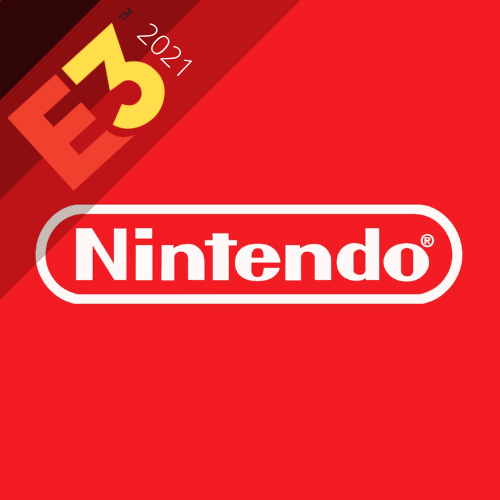 All eyes fell on Nintendo as the last big presentation for this year’s E3, but what was there?

The very first game we saw was Smash Bros. Ultimate and the next DLC fighter coming to the always popular fighter; Kazuya Mishima of Tekken fame, along with his stage (which comes complete with his father Heihachi).

After came a quick look at several games coming to the Switch. These included the Remastered collection of Life is Strange (coming later this year) and Life is Strange: True Colors (September 10th). There was even the surprise that Guardians of the Galaxy is coming to Switch, the headline title from Square Enix’s Presents E3 presentation.

The banana-loving monkeys of Super Monkey Ball are rolling onto the Switch on the 5th of October, 2021, and there is new Mario Party news with Mario Party Superstars, coming in October too.

Samus then made her return in an all-new game called Metroid Dread (8th of October, 2021), a 3D game in the classic 2D Metroid perspective.

Some more quick games were fired off again, and the most notable of these was the port of Dragon Ball Z: Kakarot (24th of September, 2021), the DBZ game that allows players to take control of Goku and explore the world of Dragon Ball Z.

Wario made an unexpected appearance in his newest entry for the WarioWare series; WarioWare: Get It Together, coming on the 10th of September, 2021.

Atlus’ Shin Megami Tensei V was up next, confirming what was expected after that listing in Japan just a little while ago, but we did get to see some new footage of the game, including the very familiar turn-based battles and fusion mechanics of the SMT series. Shin Megami Tensei V releases on the 20th of November, 2021.

The Direct reverted to another set of short game announcements, and this time we learned that one of the best reasons left to own a Wii U, Fatal Frame: Maiden of Black Water, is coming to Switch later this year.

Mario + Rabbids: Sparks of Hope was in attendance, straight from its reveal at the Ubisoft presentation, but that strategy news was nothing compared to the surprise that Nintendo’s classic military strategy Advance Wars is coming back, with both the first and second games coming to Nintendo Switch, remade for the system in a package calledAdvance Wars: Re-Boot Camp, coming on the 3rd of December, 2021.

Hyrule Warriors: Age of Calamity is in for some new content with the release of the ‘first wave’ of DLC coming to the title on the (18th of June, 2021). The Legend of Zelda news did not stop there though, because Nintendo is bringing another Game & Watch handheld to market, this time though it’s Zelda themed rather than Mario.

Then came some new gameplay for The Legend of Zelda: Breath of the Wild 2, which is scheduled to come out in 2022.

And that was it, Nintendo managed to put on a perfectly paced presentation, with some surprises and plenty of exclusive games. There will undoubtedly be some who were disappointed that there was no news of a new iteration of the Nintendo Switch, the rumoured ‘Pro’ revision, and nothing on any Metroid Prime titles or Bayonetta 3, not to mention anything from Donkey Kong or Kirby is unfortunate, but what was here was very good, and the show was excellently formatted.

There was a couple of games and DLC announcements besides what is up above, so if you want to watch the whole presentation you can do so here.