Last Of Us Part 2 Delayed 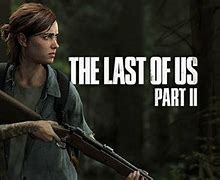 It was no so long ago that Sony and Naughty Dog had announced that the Last of us Part 2 was to release in February 2020, but that changed with an announcement by director Neil Druckmann reading “Let me cut to the chase and get the news out of the way. The Last of Us Part II has a new release date of May 29, 2020.”

Problems with later portions of the game not being up to the level of quality that Naughty want was given as the reason for the delay, and while it’s not welcome news for fans of the series, it’s almost certainly better that Naughty Dog delay the release rather than put out a sub-standard title and patch out problems later.