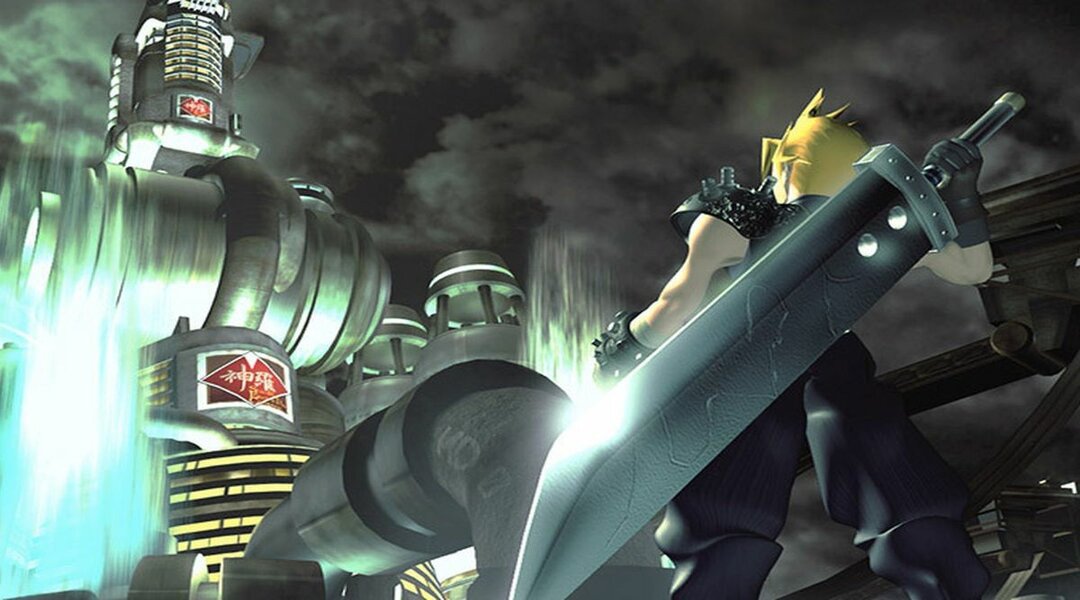 At first, the news that Final Fantasy was to be remade from the ground up filled me & countless fans of the PS1 classic with delight. After years in development & a brand new trailer however, the lustre of Final Fantasy VII R is beginning to fade, & here are 5 things I already hate about Final Fantasy VII R.

Not long after Final Fantasy VII begins you realize something, Barret is a badass. Built like a man mountain, hard as nails & armed with a gun for an arm, A GUN FOR AN ARM people. Barret is clearly a top tier badass, and yet, in Final Fantasy VII R Square Enix has decided Barret is missing something, something that would push the leader of AVALANCHE over the edge. Something like sunglasses?

Yes the character designers over at Square Enix these days feel shades actually add to a character with real depth like Barret. That or they just did it for the sake of it, & to piss me off.

By 2005 fans were crying out for more Final Fantasy 7 themed content & Square Enix, always eager to please, decide to give them exactly that, a Final Fantasy 7 sequel in fact, all be it in the form of a CGI film. Yes Advent Children told the story of a post Final Fantasy 7, yet it did it so ham-fistedly. Few fans

felt it was worth ever being considered cannon, & yet Final Fantasy VII R is clearly using Advent Children as a point of inspiration both in look & feel with Cloud sporting a, stylish black outfit instead of his original purple for instance. Then there’s how the battles are filled with so many flashes & impossible aerial acrobatics, you’d be forgiven for thinking that this was actually Square Enix’s latest crossover game instead of a Final Fantasy 7 remake, one featuring the Dragon Ball Z universe perhaps (how awesome would that be though). Bottom line, Advent Children never did & does not posses the qualities required to influence a game like Final Fantasy 7, & yet it is.

Let’s get one thing clear, I like Kingdom Hearts 3, I like it a bunch & I kind of like its combat. It lacks impact sure, & it sometimes feels like your beating the heartless down with a pillow but it suits the game. It suits Kingdom Hearts, not Final Fantasy 7, so why does it look like we’re getting it?

Not only do I not want a Kingdom Hearts combat shoehorned into Final Fantasy 7, but I want to know why the classic turn-based system had to go? Now I’m sure that Square Enix would like you & I to believe that a turn-based battle system simply won’t cut it in the 21st century, but then what about the likes of World of Final Fantasy, Digimon Story Cyber Sleuth, Octopath Traveler or Persona 5? All turn-based RPGs & all great. No the way I see it is, Square Enix are going for style over substance with Final Fantasy VII R, & while a turn-based battle system would be staying true to the source material & please old fans, it just won’t ever be eye catching enough, in Square Enix eyes at least, to entice the uninformed to make a purchase. And purchases are what matters, right.

So clearly there’s a bunch about Final Fantasy VII R I’m not liking the look of already but I’ll hold my hands up here & admit, I could be wrong. No I really could be, I mean the game might hit my PS4 & BAM, all come together perfectly. A deep & intuitive combat system, meaningful character redesigns & a reworking of the narrative that really makes Final Fantasy 7’s story shine again. Yeah we really could get all this & more, but what we won’t get is a complete package because Final Fantasy VII R isn’t coming as a complete package, it’s episodic, a decision which won’t only effect our wallets but one which will break our beloved Final Fantasy 7 up in a way which it was never intended to be.

Tetsuya Nomura once said that Lighting from Final Fantasy 13 was like “a female version of Cloud Strife” how disappointing it is to see Cloud Strife & Final Fantasy VII R now look to follow in her & her series’ footsteps.