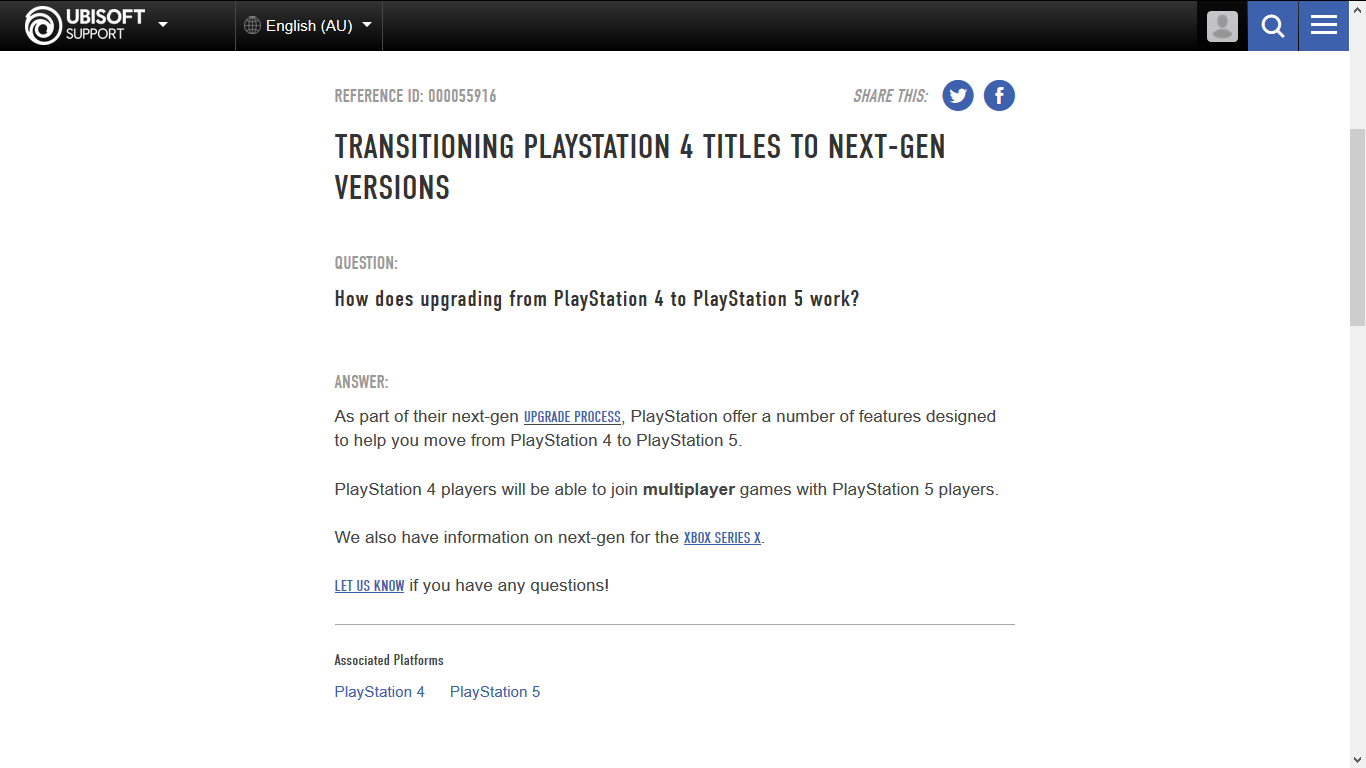 Sony has not commented on the backwards compatibility for the Playstation 5 beyond the PS4. For many that raised suspicions over whether PS1, 2 and 3 games would be left out. Now it seems we have confirmation of this from Ubisoft. On their support site the publishing giant answered a question about the ‘upgrade process’ of Ubisoft titles, to which Ubisoft said that it would ‘not be possible’ with regards to PS3, 2 and 1 titles, but that it would be available for certain PS4 games.

Now it’s worth pointing out that Ubisoft did not explicitly deny backwards compatibility with all titles since this just concerns Ubisoft games, and Ubisoft also removed the original answer that included mention to anything older than the PS4. Even with that said though, it does seem likely, what with Sony’s silence, that collectors will need to find some less convenient way to enjoy their older Playstation games.