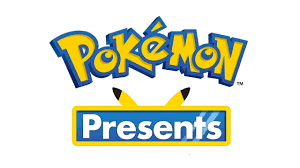 The Pokémon Company held their first Pokémon Presents event of 2021, and if you’d like to watch the event you can do so at the bottom of the text, otherwise, keep reading to see what was there.

The Presents started with a video collage of just about everything Pokémon related since the franchise’s start way back with Pokémon Red, Blue and Green, then we could get into the event proper.

The first thing on the agenda was New Pokémon Snap, which showed off some of the characters you’ll be meeting in the game as well as some of the Pokémon that will be posing for the camera as you play wildlife-photographer. New Pokémon Snap will release on the 30th of April, 2021.

What followed was a small update for the mobile-game side of things before we saw the next old Pokémon game to see a remake; Pokémon Diamond and Pearl, now called Brilliant Diamond and Shining Pearl, coming out later in 2021.

Things didn’t stop there though, because then we were shown Pokémon Legends: Arceus.

While the remakes looked to stick close to the original Diamond and Pearl, Legend looks to be a more open-world sort of Pokémon experience, and much closer to Sword/Shield in aesthetics. Legends is set to release at sometime in 2022.

And that was the Pokémon Presents, and while almost everything else was as expected, Legends certainly came as a surprise. It will be interesting to see just how big this new entry into the Pokémon world is going to end up being, though it will probably be a while before we hear more given the 2022 release date.

And that was it. Much was as expected, but the event was a good length at about 20 minutes and the suprise of Legends Arceus ended thing on a positive. Overall this was a better Pokémon Presents than expected.