Breath Of Fire To Teppen 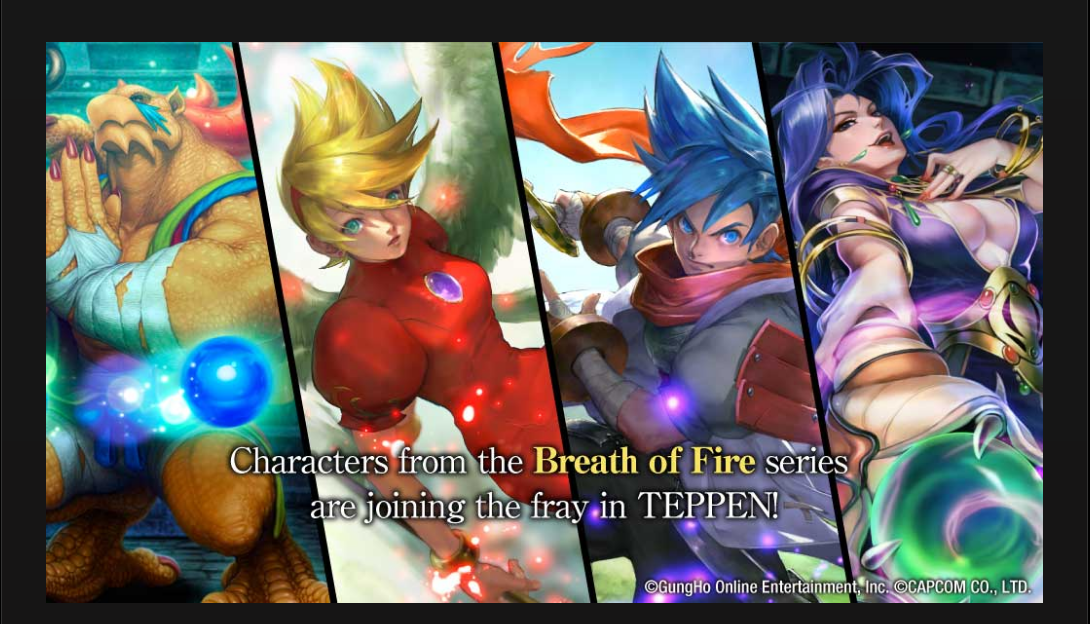 There are some franchises that are difficult to be fans of. If you’ve just completed Dino Crisis for the twelfth time as part of you’re series marathon (yes that includes the one in space), if you miss Onimusha or you often ask yourself why they won’t re-release the Megaman Legends games and Tron Bonne then you’ll know what I’m writing about.

And out of curiosity, did you notice what all of those games have in common?

Certainly over at Stage-Select, some of those series most missed is Breath of Fire. These JRPGs were providing adventure as far back as the 90s on the Super Nintendo with the first two games, before reaching their peak on the original Playstation in the third and fourth entries. Ports of the first two titles to the Game Boy Advance are still some of the best titles you can play on the system if you’re an RPG fan, and Breath of Fire: Dragon’s Quarter, while a radical departure in the series (and not reaching the quality of its predecessors), still has a lot to recommend it.

Since then though things have moved further and further from the days of Ryu, Nina and a host of memorable friends adventuring across imaginative lands.

The only good news that Breath of Fire fans have had in years was the inclusion of the first two games on the Nintendo Online Service.

So why are we talking about Breath of Fire? Well, in keeping with the fashion of not giving fans a new game, the Capcom-laden mobile game Teppen will be seeing some Breath of Fire characters come to the card battler.

The focus is on Breath of Fire 3, and you can expect to see the additional character landing sometime in July.

You might think that this was an awful lot of writing for some new content in a mobile game, but I like writing about Breath of Fire – and who knows – maybe if enough people show interest in a Breath of Fire inclusion in one game, Capcom will take note and finally give us a new game in the series.

Wishful thinking perhaps, but that’s how we got a sequel to Strider.