A Hat in Time to get a physical release on Nintendo Switch. 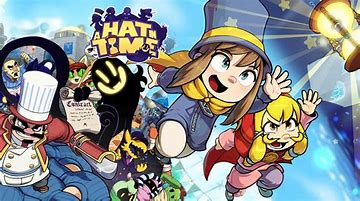 A Hat in Time has been around for a while now, releasing for the PC, PS4 and Xbox One back in 2017. Since then, the platform-adventure game, inspired by the likes of Banjo-Kazooie and Super Mario 64, has avoided the Switch. Now though we have confirmation that finally, two years after its initial release on PC, A Hat in Time will finally find its way to Nintendo’s home console-portable hybrid. Not only that, the game will be getting a physical release for all the collector’s out there, and not only that, but the game will hit the Switch with its Seal the Deal DLC included!

That great news for anyone who hasn’t picked up a copy of A Hat in Time yet. We only have a little longer to wait now too, only until the 18th of October 2019.