Xbox Outage And The Loss Of Ownership 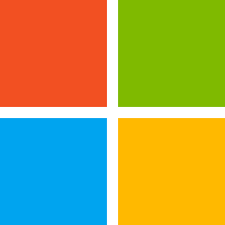 We were once again reminded of the bleak future that faces the video games industry if the trend away from physical games, and importantly, physical games that contain the entirety of the media and means necessary to play them continues.

Starting on Friday the 6th of May, 2022, and continuing on and off over the weekend, some Xbox users were surprised to see that they were unable to play games that they had purchased because Xbox servers were down. Not just online-only titles were inaccessible however, even single-player titles were inactive. This is because many Microsoft games require a security check over the internet. So if for some reason a security check cannot take place many games on the Xbox cannot be launched.

Microsoft has since stated that they have addressed the issue and that gamers should now be able to play their games again, but what about in the future?

There has been more than one sign of how things are headed for video games. We had the CMOS battery problem from Playstation 3 and 4, inexplicable licence expirations for digital titles and now this Xbox outage with the ‘always online’ problem.

Oddly enough, this very concept was already rejected by gamers back in 2013 when Microsoft showed off the Xbox One. Back then Microsoft said potential Xbox buyers would need to always have an internet connection, but they changed their tune quite quickly after a strong backlash to the news. Today however, not even a decade later, it seems that always-online seemed to be perfectly acceptable for many gamers.

All these different episodes shows that, effectively, the ownership of games paid for by you doesn’t reside with you, but rather is rented to you, to be revoked (intentionally, or unintentionally in this case), only you didn’t go to a games rental shop — and you paid full price for such.

We can hope that the direction chartered by the leaders in the games industry changes, but if it doesn’t we can expect to see more episodes like we did over the previous weekend.