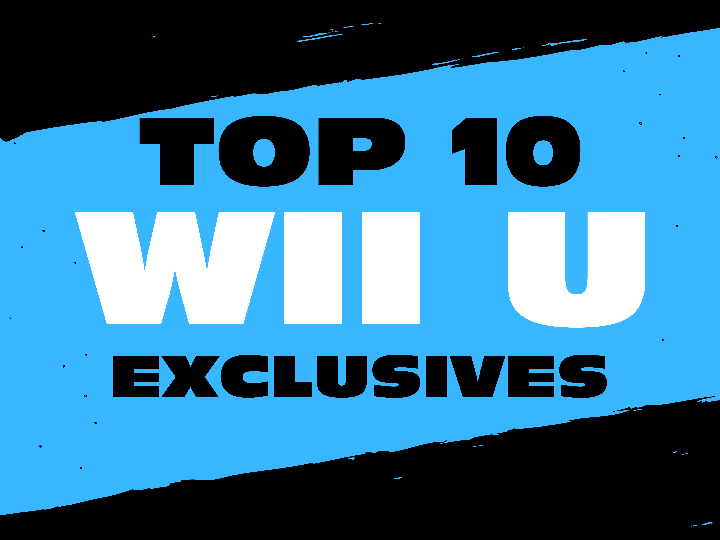 With Mario 3D World having now switched, joining the likes of Captain Toad and Donkey Kong over on the mighty Switch, one could be forgiven for forgetting Nintendo’s other tablet console ever even existed at all, let alone that the Wii U could still be considered relevant in this day and age, but I’m hear to tell you that old Wii U still has a little life left in it. So here are 10 Wii U console exclusives worth owning a Wii U for.

While no one will ever accused Ultra Smash of reigniting a fire beneath Nintendo’s take on tennis,
the game certainly, despite what some might have you believe, didn’t suffocate the franchise either. No Ultra Smash merely mainlined the downward trajectory the series has been on since the Nintendo 64 game.
That said, Mario Tennis: Ultra Smash is never the less a fun old time, especially with a friend or three. Oh, and the game looks and plays every bit as you’d expect a Nintendo first-party title to, so that’s a bonus. Perhaps Mario Tennis: Ultra Smash’s most appealing aspect is its current price; coming in at around £15/$20 these days, like many Wii U titles makes this a bargain of a game and well worth picking up.

Style over substance is most certainly a criticism one could level at Paper Mario Color Splashe’s door, perhaps even the entire Paper Mario series post The Thousand Year Door when Intelligent Systems seemed to lose interest in all those pesky RPG elements which once defined the series. However,

for those willing to take Color Splash at face value and for what it is, a well designed, lovingly crafted, humorous take on the comings and goings of the Mushroom Kingdom, then Paper Mario Color Splash will raise a smile, a chuckle and more than a fair few hours of honest to goodness fun.

Nintendo has always been willing to take a Yoshi title off in new and daring directions, and with Woolly World they struck gold, or should that be wool?

Despite the title, Yoshi’s Woolly World possesses an enchanting, almost claymation aesthetic, not dissimilar from but far superior then games like Armikrog or Skullmonkeys, it’s an effect that honestly brings Yoshi’s world to life in a way no previous Yoshi game ever has. Add to that some genuinely intelligent level design and the ever-welcome addition of couch co-op and we have a straight-up classic on our hands here, one which many also consider superior to the Switch follow up Yoshi’s Crafted World.

Where the mighty Boogerman failed Intelligent Systems succeeded, no word of a lie, the Kyoto based studio made nose-picking fun. Quite an achievement I’m sure you’ll agree but Intelligent Systems have been achieving great things with the Warioware series for many years, and Game & Wario on the Wii U continues the series tradition, offering players the chance to experiment with the Wii U’s already experimental controller in so many different ways, all in the name of mini-game supremacy.
As this list goes on it’ll become evident, party games are not something the Wii U lacked, never the less, Game & Wario sets itself apart from the rest not just because it’s so oddball in nature but because it embraces the Wii U controller, elevating both Game & Wario and the Wii U itself in the process, making it one of the system’s stand out efforts.

While Game & Wario took advantage of the Wii U and all it’s gamepad had to offer, Mario Party 10 went in the opposite direction, sticking to what the series does best; four players, a few game boards and a shed load of fun mini-games.

Formulaic perhaps, risk-averse certainly, but Mario Party 10 really shouldn’t be judged on the things it fails to do but instead on where it stands within the Mario Party series. And honestly Mario Party 10 holds it’s own, offering a good section of mini-games, some of the best visuals in the series to date and a few truly memorable game boards. Aren’t those the things we should be looking for in a Mario Party?

Mario Party 10 might not be the best in the series but like Yoshi’s Woolly World it out does it’s Switch predecessor hands down, making it the definitive HD Mario Party title.

If the other two party games on this list were to have a baby, Nintendo Land would be the result. Oddball yet oddly familiar, Nintendo Land embraces the Wii U gamepad more so than even Game & Wario while at the same time offering the kind of competitive, head-to-head spirit found in Mario Party 10.

The result is an intelligently crafted party game made to showcase the Wii U’s concept, however what Nintendo Land achieves is the capturing of the Wii U controller’s full potential. Every mini-game feels natural and intuitive to play and the tablet controller itself finally feels as if it has a true purpose in existing. While the vast majority of the Wii U’s library made the mistake of tacking on needless features, features which did little more than hamper the games to which they were attached, Nintendo Land gives us a glimpse into how good the Wii U can be when treated right.

If Nintendo Land captured the magic of the Wii U gamepad then Star Fox Zero pulled back the curtain and ruined the trick for all of us. Developers PlatinumGames’ decision to shoehorn motion controls into every nook and cranny of the game frustrated and bewildered the vast majority of Fox fans who simply wanted a classic take on the Star Fox experience.

Beyond the game’s cumbersome controls however there is a lot to like about Star Fox Zero, retuning to Corneria, for instance, is always a treat, and seeing the planet brought back to life in HD pleases to no end. Likewise, Fox McCloud and crew are as charming as ever and have never looked better. Many of the stages and bosses too are a sight to behold, and the spirit of the Star Fox series is certainly present and correct throughout Star Fox Zero, it just takes a little digging to find.

Star Fox Zero is worth the time of any Fox fan and as one of the last remaining iconic Nintendo franchises still available exclusively on the Wii U, it’s a must for all Wii U owners to boot.

Every console has its cult classics, the SNES for instance has the likes of E.V.O. The Search For Eden and Demon’s Crest, meanwhile the Gamecube has Baten Kaitos and Eternal Darkness, and the Wii U?

Well the Wii U has Devil’s Third, an off the wall, off its head, take no prisoners, all-out action game created by none other than Mr Ninja Gaiden, Tecmo legend and farther of Dead or Alive himself Tomonobu Itagaki.

Now don’t get me wrong, Devil’s Third is far from perfect, being stuck in development hell for years and switching platforms more often than Mario on a jog through the Mushroom kingdom made sure of that, but like FromSoftware’s Ninja Blade or Grasshopper’s Lollipop Chainsaw before it, over the top action games have proven they simply don’t need to be perfect games, they just need to fill the player with excitement and awe while making them feel like the most powerful bad-ass on the face of the earth. Devil’s Third does that and then some. Cult classic if ever I saw one.

The Xenoblade series appears to be going from strength to strength and is now well and truly established as Nintendo’s leading JRPG series. That said, there is a growing rumbling among fans that the best game in the series is only available on the Wii U, and for good reason.

Xenoblade Chronicles X is a monster of a game, I’m talking a HUGE open world filled with monstrous creatures, otherworldly environments and enough side missions to keep you playing for weeks. Even if you leave the single-player campaign untouched Xenoblade Chronicles X will last you than a Final Fantasy XV road trip. Add to that a deep level of character customization, decent over-arching plot and mechs, yes I said mechs, and hands down you have one of the best JRPGs released on any platform anywhere, exclusive to the Wii U.

Some would even argue Xenoblade Chronicles X is worth the purchase of a Wii U all on its own, I wouldn’t argue with them.

When the Fatal Frame series became a Nintendo exclusive franchise a lot of gamers stood up and began scratching their heads, exactly why Nintendo decided to invest in the series remains a bit of mystery but the fact they did so is great news for all Wii U owners as Fatal Frame: Maiden of Black Water is very nearly a masterpiece.
Maiden of Black Water’s use of the Wii U gamepad is hands down the game’s greatest strength. Acting as a soul killer, the camera in Maiden of Black Water often makes it feel as if the game is seeping out of the virtual and into the real one, having the player shift the gamepad in all possible directions draws you in and makes the horror all the more real. Being a horror game however means Maiden of Black Water really does need to scare, and while outright the game might not always fill you with pure fear, the story driving the plot is unapologetically disturbing in places with many of the ghosts found atop ikami Mountain tingling the spine.
The most frighting thing about Fatal Frame: Maiden of Black Water, however, is the game’s high asking price (£250/$300), which, unlike most Wii U games doesn’t look like coming down significantly. If you can find a copy for under £100/$150 or don’t mind going digital, then pair that purchase with a few of the other Wii U exclusives on this list you’re sure to find the Wii U a console worth owning.

One thought on “Top 10 Wii U Game Worth Owning a Wii U For.”