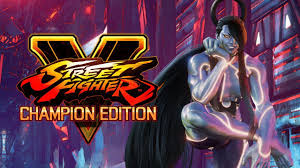 You’d be forgiven for thinking that the Champion Edition of Street Fighter 5 was the last piece of content we’d see until a new Street Fighter title, but you’d be wrong.

Through the Capcom Unity blog, SF5’s developers have said that they are planning one final set of content called ‘Season V’. The last set of new content will include five new characters and a planned 3 new stages, and it’s all down to the positive reception that the previous ‘season 4’ content received.

There is no word on a release date yet.