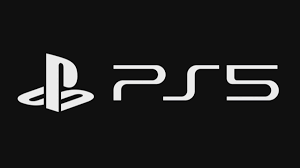 As of the 13th of July, 2020, any game submitted for PS4 (to release on the system) will need to be backwards compatible with the PS5. To be clear, Sony says that it will be strongly recommended, this means that games which developers want to release on the PS5 and make such a proposal after the 13th of July will need to do the work to make sure their title will play on a PS5 system, not games that simply release after that date.

The same cannot be said in the other direction however. Jim Ryan, SIE President and CEO, has said that Playstation 5 games will not be playable on PS4 consoles.

While this approach is what we’ve seen from console-makers up until now, but it’s North-from-South to Microsoft’s strategy for the Series X which will see owners able to play Xbox One games or Series X games on either console, with some graphical and performance differences of course.

The most obvious interpretation of Sony’s thinking here is that, faced with what Sony hopes will be desirable next-gen titles not available on the PS4, fans will make the transition to the PS5.