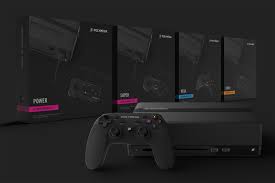 For those unaware, the Polymega is an all-in retro emulation console that allows you to play your old games. While there are other consoles that allow as much, the Polymega stands out as the only one that includes CD base games, which include the original Playstation and even the Sega Saturn. Definitely something Stage-Select is excited for. And as far as the preview units that have gone out to reviewers, things look great.

There has however been serious issues around the manufacture and fulfilment of orders for the Polymega. As a result deadlines for the console’s release have come and gone, though there have been positive sounds recently, and it looks as if the Polymega might well release this year.

Not everything is smooth though. North American customers that ordered a Polymega through Walmart are being advised by Polymega to cancel their pre-order and buy through the official Polymega website instead.

Polymega made the statement over Twitter (which you can find below), in which Polymega have motioned toward Walmart and their distributor Solution2Go as failing to respond to them in their attempts to fulfil pre-orders.

This advice is only to those who have ordered through Walmart, and you can see what has been written on the official Polymega site about it here.