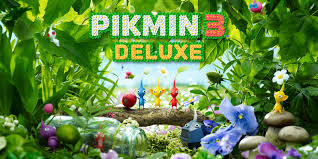 Nintendo are porting another Wii U game to the Nintendo Switch. The latest to make the jump to Nintendo’s popular and portable home console is Pikmin 3, with Deluxe added to the end of the title for the Switch release.

The Deluxe addition will have some new features that include the option to play the game through with a friend in co-op, and also new side-missions.