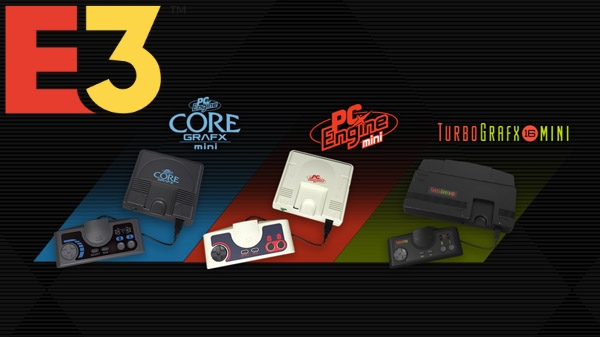 Back in 2005, Konami became a majority shareholder in Hudson Soft, a moderately well-known games developer, with some very well loved titles like Bomberman and Bonk.

Fast forward to 2012 and, after some terrible financial trouble, sinking Hudson was wholly adsorbed into Konami. To the dismay of many gamers, Konami has since done little with Hudson’s extensive back catalogue, one which still has a cemented following of hardcore fans. Well, that’s about to change with Konami announcing the release of the PC Engine/Turbografx 16 mini. You might have heard of the Turbografx or its much more successful Japanese branded PC Engine, which was released in the late 80s. Konami has finally decided to really get some work out of the system that fell under their control after acquiring Hudson Soft and released a trailer that accompanied the announcement.

There is no information regarding price or a release date yet, but a handful of games that will come with the system have been announced that you can read below. More games are yet to be announced.
Let’s hope that Konami put some effort into this latest addition to the mini-classic-console craze and with get something that does justice to what the PC Engine/Turbografx 16 fans have been talking about for years.

So far, the games confirmed to be coming with the Western TurboGraphx 16 are:

and for the Japanese PC Engine version