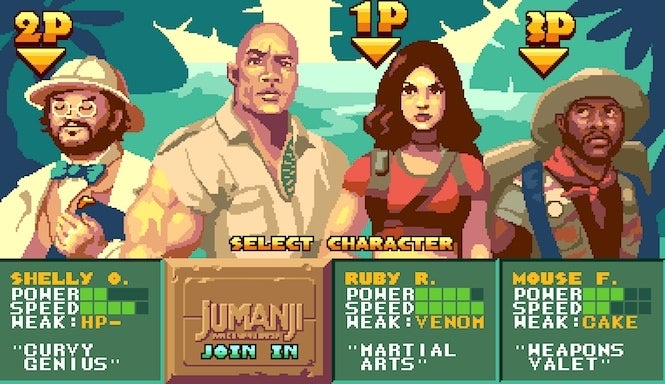 If two Jumaji films have taught us anything it’s that you don’t play games titled, Jumanji. Despite that, Bandai Namco has announced that they are working on an actual Jumaji video.

Based on the 2017 Jumanji sequel, Jumanji Welcome to the Jungle, the game will feature the cast of the film as playable characters, & like the film, teamwork will be the focus with Bandai Namco promising both online & local split-screen co-op.

Jumanji The Video Game will launch on the PlayStation 4, Xbox One, Nintendo Switch & PC this November 15, 2019.