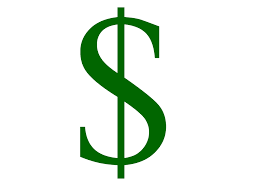 Are games set for a price hike? It will come as little surprise that some games developers and publishers feel that their creations are due a price increase, they are businesses after all, and in an interview with gamesindustry.biz, IDG President and CEO Yoshio Osaki explains the thinking behind any increase.

2005–2006 where as other entertainment mediums have seen prices inflate. Not only that, but production costs for games have increase.

Now while the points Mr. Osaki makes are true, it seems that some important facts have been left unconsidered. While games prices have remained relatively flat that does not mean that profit made from games sales has too. A (cursory) internet search shows that profit for the games industry has been in a healthy state and growing overall. While such numbers need to be taken in context, for instance, how much growth is down to mobile games, the same needs to be done with regards to costs versus profit with ‘AAA’ titles. One big difference between 2005 and 2020 is the rise in digital and in-game purchases. Indeed many large developers have gone to great lengths (successfully) to monetize software beyond its initial purchase. That’s no more obvious than with games like the aforementioned NBA 2K, a series that has worked to find creative ways to increase returns, and not always in a manner that’s popular with gamers. That makes it even harder for some to swallow the quote ‘Not every game should garner the $69.99 price point on next-gen, but flagship AAAs such as NBA 2K merit this pricing more than others.’

Stage-Select’s opinion here is not to deny Mr. Osaki (or anyone else) that games pricing needs to increase (we aren’t in a position to write authoritatively on that one way or the other), but we do know that gaming, particularly collecting games, is not an inexpensive hobby. It’s not quite collecting classic cars, but developers and publishers need to be careful not to alienate gamers with questionable prices or practices (such as Microsoft’s initial attempt to harm the second-hand market with the Xbox One). Otherwise both fans and the industry will be harmed in the long-term.