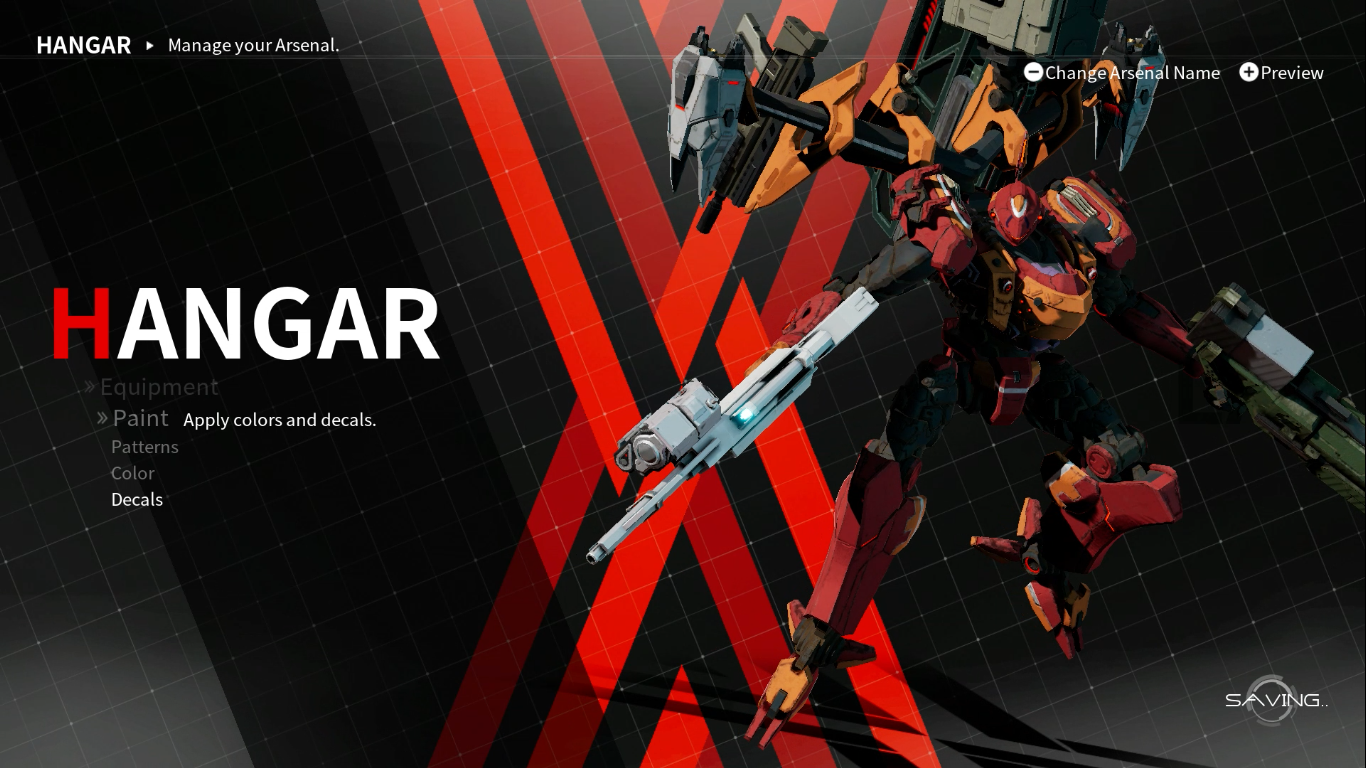 The recent Nintendo Direct gave us a good deal of what I thought was really exciting news. Announcements like the new Mario Maker game and Astral Chain (Platinum is gold) were welcome surprises. Another surprise was the release of a demo for the forthcoming Daemon X Machina with the extended title Prototype Missions. If you’ve read our article on our most anticipated games of 2019 you’ll know that I had Daemon X Machina on my list, so you can imagine that I was going to download the demo to see if I should keep my hopes aloft. Well I can tell you that those hopes hit the ceiling when I got to try out Prototype Missions, and I thought I’d share my impressions and enthusiasm with you.

The first thing I can say is that Prototype Missions is a substantial demo. I was surprised by just how much content there is here; multiple missions including a proper boss fight, several weapons and mecha pieces to collect, as well as decent (though almost certain to be expanded) character customization options. I was expecting maybe one or two maps at most with a default character model and mecha, instead we have great ground to establish a proper footing with this game. Not only is this good for people yet decided on Daemon X Machina but it suggests to me that Producer Kenichiro Tsukuda was very serious in his request for gamers to offer constructive feedback on anything they find in their time with the demo.

Visuals are really impressive with fairly large levels that stand out thanks to the cel-shaded style. A mass of blue streaks chase enemies across the sky to then watch a cluster of yellow explosions catches the eye, and larger scale battles when the full game releases could be a real sight.

Gameplay is best described as Armored Core, that won’t mean a lot to those that haven’t played any entries into the series, so let me just say you can expect fast paced combat on both land and in the air, with boosters helping doge incoming attacks as you do your best to target opponents. What adds an extra dimension to Daemon X Machina is the ability for you to exit your mecha and take the fight to enemies on foot with a secondary weapons like grenades. All that plus objects than can be picked up and tossed at targets and you have signs of some real depth to the combat.

This is all just first impressions of course but those have been some very promising impressions. If you haven’t downloaded Prototype Missions yet I think you might just want to correct that, this is a really good first look at what could be a great game.

For Stage – Select, this was Ed, signing off.