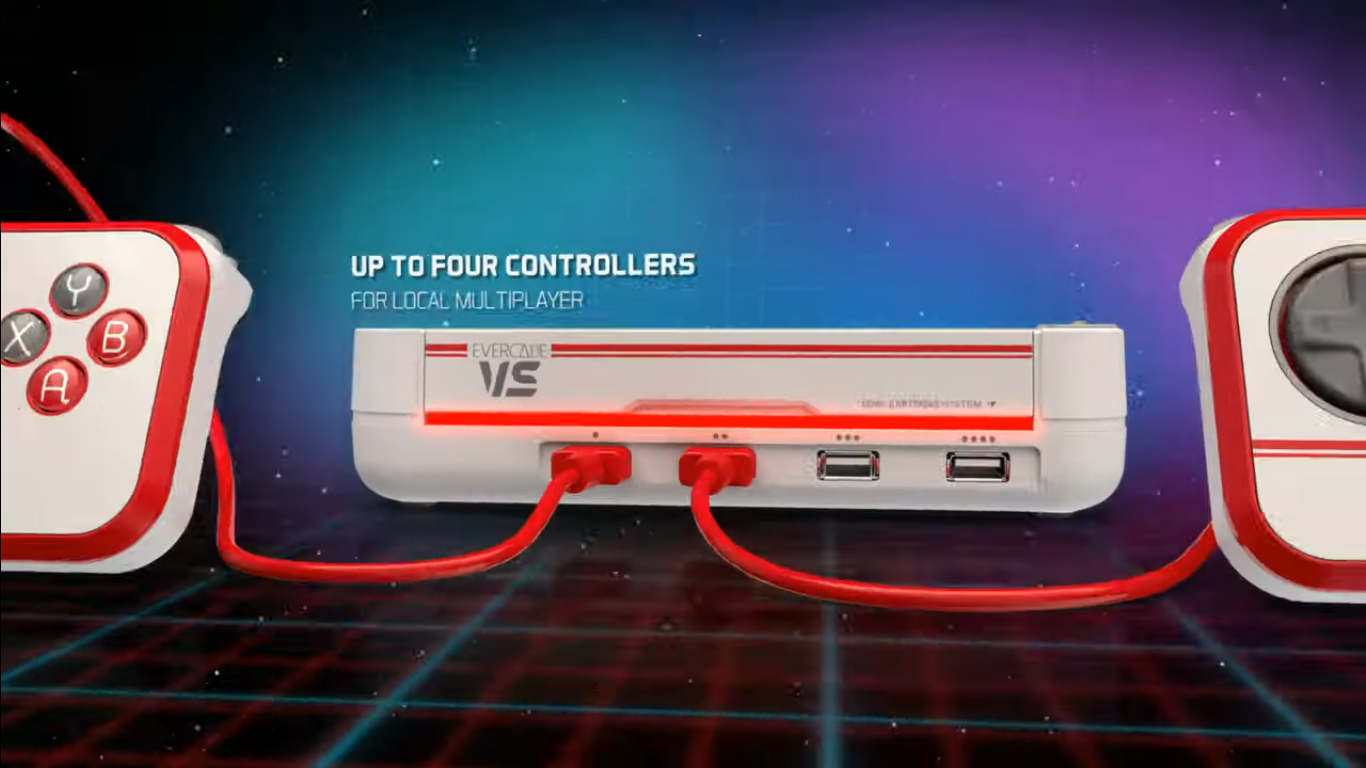 After their vague tweet about something called the Evercade VS, Producers Blaze have let the world know just what their had in mind next for hassle-free retro gaming.

The Evercade VS is a whole new system in the Evercade family, this time being a home console rather than the original handheld Evercade.

Coming with four USB ports for controllers (who’s up for a spot of Nintendo 64? Anyone?), and two cartridge slots, the Evercade VS is looking to remedy one of the most obvious drawbacks to the handheld version of the system, namely a lack of multiplayer options for some games that were made for it.

The VS is going to be releasing in November of this year, and pre-orders will begin in May/

You can watch the new trailer for the Evercade VS below.