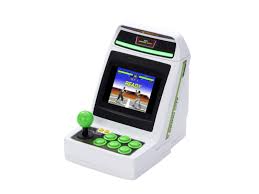 Stage-Select already covered the announcement of the mini arcade machine coming from Sega that promises to bring back some of their fun arcade games.

Now some more titles have been announce for the retro-mini-machine and a release date of the 17th of November, 2020 has also hit the internet. You can see the full details as well as a trailer of the new games over on Game.Watch (you’ll need to translate the page from Japanese), and there’s an official site here (again in Japanese).

The Astro City Mini is only confirmed as release in Japan at the moment but you can import the system from Amazon Japan.

The new games announced for the Astro City Mini are: