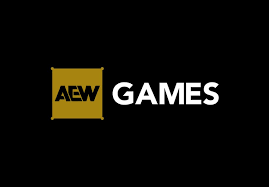 All Elite Wrestling has announced that they will be licensing 3 games to different developers under the ‘AEW GAMES’ brand, two mobile titles and one console title. The news came via Youtube, and the official AEW website has the video announcement up for anyone who wants to watch (you can see it below).

It will be welcome news to AEW fans, and to wrestling game fans in general, what with the lack of competition in the wrestling games market over many years now.

What is even more interesting though is that the console title is being developed by Yukes, who are the team behind the majority of WWE/F console wrestling games, before they left the brand in 2019. Yukes will be joined by Mr. Hideyuki Iwashita, who is one of the people responsible for WWF No Mercy on the Nintendo 64.

There’s no word on platforms or a release date yet, but AEW is promising updates on the development of their console title at some point in the future.