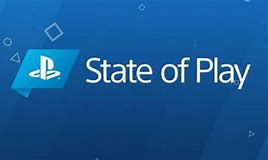 So we’ve had a new State of Play (you can watch it here), but how did it go? The answer is mixed. There was some points to praise, but by the end of it I was left thinking

Let me start with the positives. The structure of State of Play is what I think most people want from a video games presentation, a focus on the games with the minimal of exposition. Through we were shown one trailer after another which is great, after all, that’s why we were watching right?

So that’s a plus. What was shown however was underwhelming.

The show opened with a new title called Humanity, which is described as a ‘human group simulation’, which involved a lot of humans running around in groups like a flock of birds. It might be interesting, but it was an odd choice to open with. That was followed by a Call of Duty Modern Warfare trailer, which was as you’d expect.

Then we had Wattam, a new title from Keita Takahashi, designer of Katamari Damacy. It looked as wacky as Katamari, with plenty of odd characters running around and holding hands.

There was a collection of titles announced for Playstation VR, the most notable of which was Sega’s Space Channel 5: Kinda Funky News Flash and LA Noire: The VR Case Files.

A new Death Stranding themed PS4 Pro bundle made an appearance, and the new free titles coming to Playstation Plus users were announced as The Last of Us Remastered and MLB The Show 19. There was also the news that MediEvil was getting a demo released which should be available today.

Probably the biggest game on show was Civilization VI making its way to the PS4.

The show closed with a new trailer for he Last Of Us 2.

So there you have it, there were a few other titles but you get the gist of Sony’s latest State of Play. All in all, the big announcements, were mostly things we already knew, while new the new games were mainly smaller titles. If you are a VR fan then the new titles were probably a highlight for you, and Civilization is a welcome addition to the PS4’s library, but with no new details about the PS5, no Ghost of Tsushima or Batman title, the presentation certainly did not live up to the anticipation going around the internet.