Square Enix Presents 2021, What Was There? 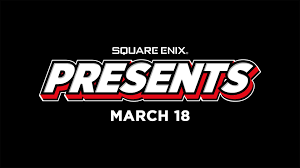 So Square Enix held their ‘Presents’ event, showing new footage for several games, and a first look at the next game in the Life Is Strange series.

Things started with a lengthy look at Outriders, the co-op shooter that was just recently announced as coming to Game Pass. Then we were given some information on what’s happening with Tomb Raider’s 25th anniversary, with stuff covering movie, series and cookbook circles.

Everything got a little more action-y with Just Cause’s return, this time to mobile devices. And that was followed by more mobile games in Hitman: Sniper Assassins. Taito popped up with a few games in a sizzle-reel, Space Invaders AR (also for mobile) and Bubble Bobble: 4 Friends (coming to Switch, PS4 and Steam.

Square Enix is showing that they haven’t given up on Marvel’s Avengers, showing new DLC on the way that features Hawkeye, and another for Black Panther.

Balan Wonderworld was up next with a short trailer, and that was followed with Life Is Strange: True Colors (coming10th of September, 2021) and Life Is Strange: Remaster Collection (coming Fall 2021).

Things finished with the Project Athia, now under the new name Forspoken (coming 2022), with some new footage of the game’s protagonist Frey jumping and dashing through barren deserts and a green forest.

That was everything, but Square Enix mentioned another event coming in the Summer.

You can watch the event here.