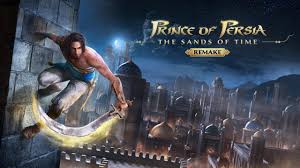 During their ‘Forward’ event Ubisoft announced that they will be releasing a remake of the PS2, GameCube and Xbox title Prince of Persia: The Sands of Time.

The action-adventure game was well received back in 2003 when it originally released, and now a whole new generation will have a chance to experience the adventure of the eponymous Prince as he acrobatically fends of guards in sword-to-sword combat and bends time to his will.

The Prince of Persia: The Sands of Time remake will release next year on the 21st of January, 2020, for the PS4, Xbox One and PC.

You can watch a trailer for the remake below.