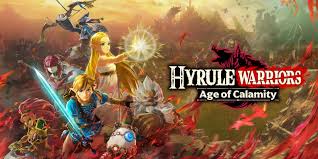 Nintendo has announced a new Zelda title is in the works and is to release soon. Hyrule Warriors: Age of Calamity will take place before the events of The Legend of Zelda: Breath of the Wild, and will be in the style of the previous Hyrule Warriors title, a massive brawl of a game pitting armies against each other while the player takes control of a leader for one side to cut down hordes of enemies.

Age of Calamity will release on the 20th of November, 2020, and will be developed in partnership with Koei Tecmo, who developed the first Hyrule Warriors game.