Project Resistance: The Next R.E Game? 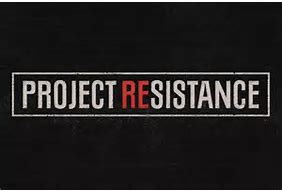 Since the remake of Resident Evil 2 there has been no shortage of calls for Resident Evil 3 Nemesis to receive the same treatment. Despite this, it looks like the next entry into the R.E series is going to be a different affair. In fact, it might be something closer to the Resident Evil Outbreak Games.

Although not officially announced as an R.E game, called Project Resistance, with the R and E highlighted in red, it seemed like a pretty on-the-nose hint that we’re dealing with the next Resident Evil title.

Project Resistance is being teased by Capcom on its official website (here), and some leaked images of the game are reminiscent of the Outbreak spin-off games, with what looks to be a mismatched band four playable characters. It would also make sense to see Capcom take another crack at online gaming since they seem so keen on it ( Operation Racoon City and Umbrella Corps being obvious examples).

Whatever the case may be, we only have to wait until the 9th of September for a trailer release on Capcom’s official site, and more details at the Tokyo Games Show 2019 later.