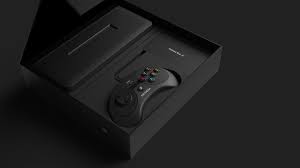 After more than a few bends in their river it looks like things are on the right track for the Polymega.

For those unaware the Polymega is a modular console that plays games from multiple CD based systems, including the Playstation and Sega Saturn. The Polymega can also swap between different modules that allow for several different cartridge based games to be played, all through emulation. The Polymega can even make back ups of your physical games so you can play them without wearing out discs or cartridge pins.

Now we know that a new module is under development to allow gamers to play their Nintendo 64 games on the Polymega system.

The news comes courtesy of Nintendo Life which has an exclusive interview with Mr Bryan Bernal.

The news will definitely be welcomed by those with sizeable game collections looking for a simple solution to play and preserve them. And with a system like the N64’s great multi-player library, picking up a Polymega and four of the Retro-bit controllers to go with it is looking more and more enticing.