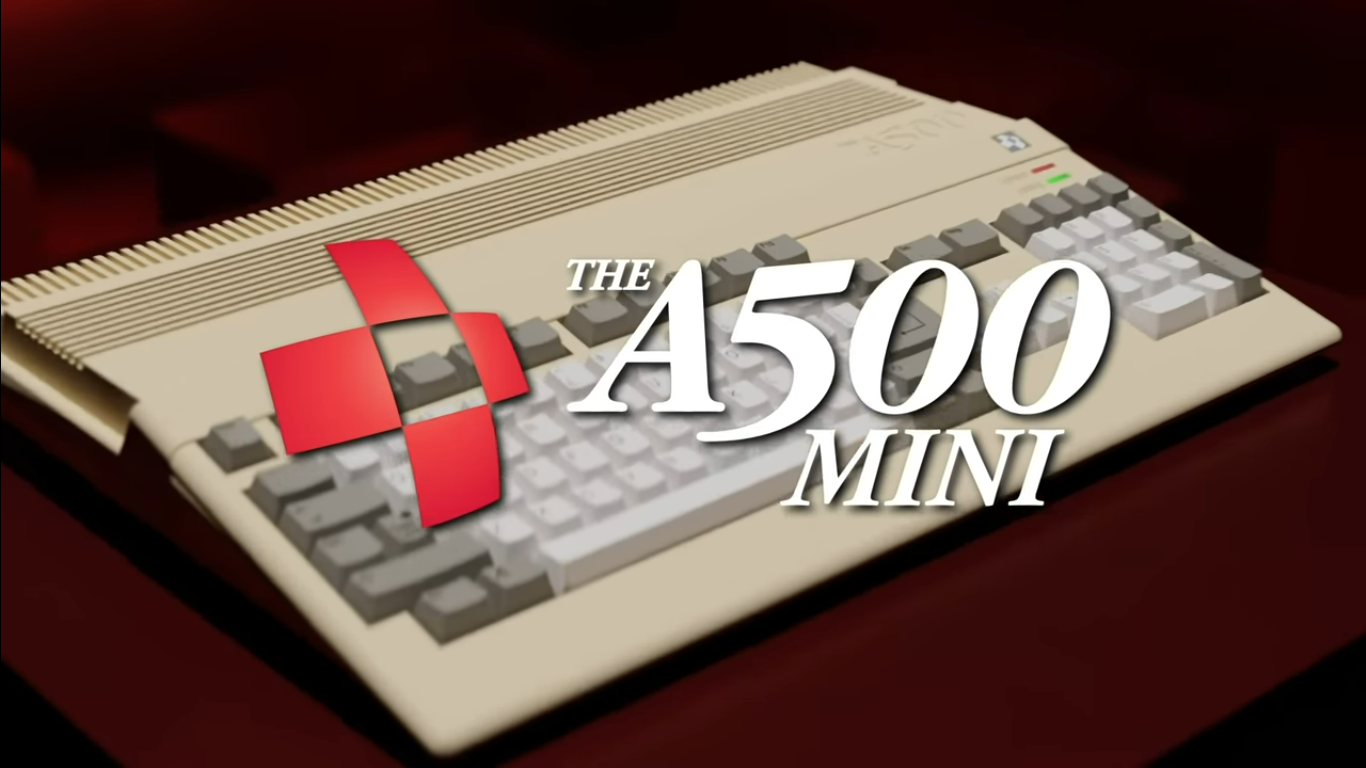 The fashion of making miniature (relative to the original) consoles to give people the chance to enjoy their old games is one that Stage-Select definitely approves. Being able to again play classic games on the Super Nintendo or Mega Drive without having to dig through trunks and cupboards for older systems, not to mention having a TV with the appropriate connections (if you haven’t modified your consoles) is great. And most of this mini machines sit so comfortably under a television with such little space that you can leave them there, waiting patiently for the next time you feel the need to play through Sonic’s first adventure.

We now have news of a new mini system coming to market — the A500 Mini.

Coming from the people who brought us the C64 Mini, the A500 Mini is promising to give us the chance to revisit Great Britain’s gaming history – the home computers that were so popular – and that so many older gamers had their first exposure to games on.

The A500 Mini itself is based on the Amiga 500, one of those home computers, and one of the most popular.

The Amiga 500 had a healthy library, with games like Speedball 2, Worms: Director’s Cut and

Zool (check out the remaster of Zool here), all three of which will be included in the A500 Mini.

There will be a total of 25 games with the A500 Mini, and besides the three mentioned above there are another 9 of the 25 which have also been confirmed so far:

You can check out the official product page for the A500 Mini here.