Is Tenchu Making a Comeback? 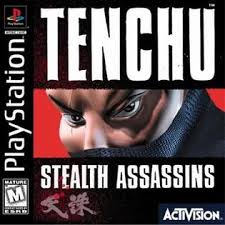 Older video game fans, especially those stealth fans from the Playstation 1 will remember the Tenchu games. A long running series, Tenchu is one of the few older stealth series that has maintained it’s focus on hiding in the shadows rather than moving to action, though it’s been 12 years since the last game. Well things may just be changing for Tenchu fans, after President of developer Acquire, Mr. Takuma Endo said he was interested in making a new Tenchu game on the in an interview with Famitsu.

This is by no means an official announcement, but given that Acquire have developed many of the Tenchu titles, and that FromSoftware, who owns Tenchu, are not currently known to have plans for the series, perhaps they’d be open to allowing Acquire to make another game in the series. Add to that the fact that Acquire registered the ‘Stealth Assassins’ trademark last year, the sub-heading for the earlier Tenchu games, fans can at least be hopeful that Acquire are sincerely interested in the prospect of a new Tenchu game even if the fact of one has not materialised yet.

You can read a some of the Famitsu interview over at Gematsu here.