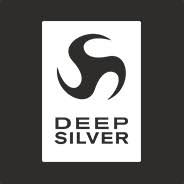 For people that have been playing games for a time Free Radical Design and their Time Splitters series of first-person shooters carry plenty of fond memories of frantic fun with friends, and a fantastical single player story of time travel and crazy characters.

The original Time Splitters came out on the Playstation 2, coming from developers Free Radical, a team primarily made of former Rare employees with a super pedigree working on classics for the Nintendo 64.

Unfortunately Free Radical, despite the quality of the titles they produced, found themselves in financial difficulties, eventually folding into Crytek in 2009.

The news came from Publisher Deep Silver, who now owns Free Radical. In a tweet the Publisher announced that they were bringing back the Time Splitters franchise with a whole new game, but perhaps even more interesting was the news that Deep Silver was reforming Free Radical Design for the effort, and that former members David Doak and Steve Ellis are both onboard.

This is a very early announcement, so early that development has not actually started on the new Time Splitters yet. So we’ll need to keep our ears open for news from Deep Silver, who has promised to keep everyone posted.