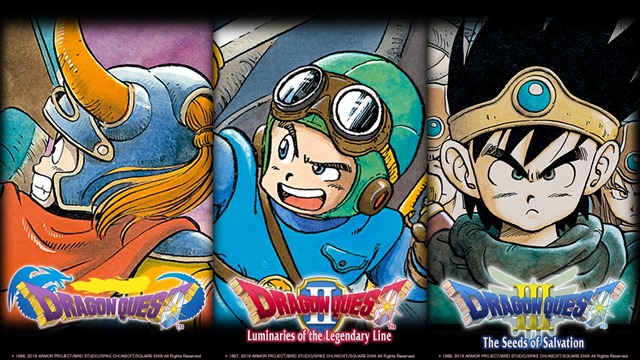 We recently reported about the English language support available to the Asia release of the Dragon Quest compilation. Well if importing isn’t you thing than the news that the DQ compilation is heading to the Nintendo eShop should be right up your street.

It was confirmed over Twitter that the set of Dragon Quest 1, 2 and 3 will be released on Switch for digital purchase on the 27th of September 2019. Yes, the first three games will be releasing on the same day as Dragon Quest XI S.

There is no word on a physical release for the West yet unfortunately, but there is now at least one further option for people not keen in importing.