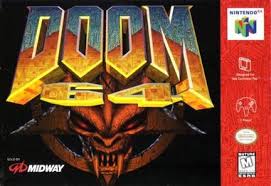 Unless you owned a Nintendo 64 you probably haven’t gotten the chance to enjoy Doom 64. Considered a great entry in the franchise that never reached as many fans as it should, the soon to be released port of Doom 64 (the 20th of March 2020) will not only give people who missed out the first time a chance to experience the N64 exclusive, but is also promising new content and improvements for old fans.

According to developers Nightdive Studios, the port will include a new chapter taking place when the main campaign ends, as well as the option to play the game at a higher FPS rate, motion controls (depending on the platform) and new brightness options, to name a few, as something for everyone, new and old, to look forward to.