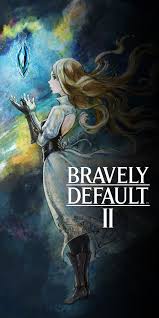 There was some disappointment surrounding the Video Game Awards this year. There was a feeling that the surprise announcements didn’t live up to the anticipation.

Whether you’re one of those that felt a little let down o not, one big deal was the news that Bravely Default 2 is coming to the Nintendo Switch.

The third (despite what the name suggests) in the Square Enix series of old-fashioned JRPG is being developed by the same in house team that has worked both on Bravely and Octopath Traveler.

Bravely Default to is set to release some time in 2020, and you can see a trailer for the game here and the official U.S.A Nintendo page here.