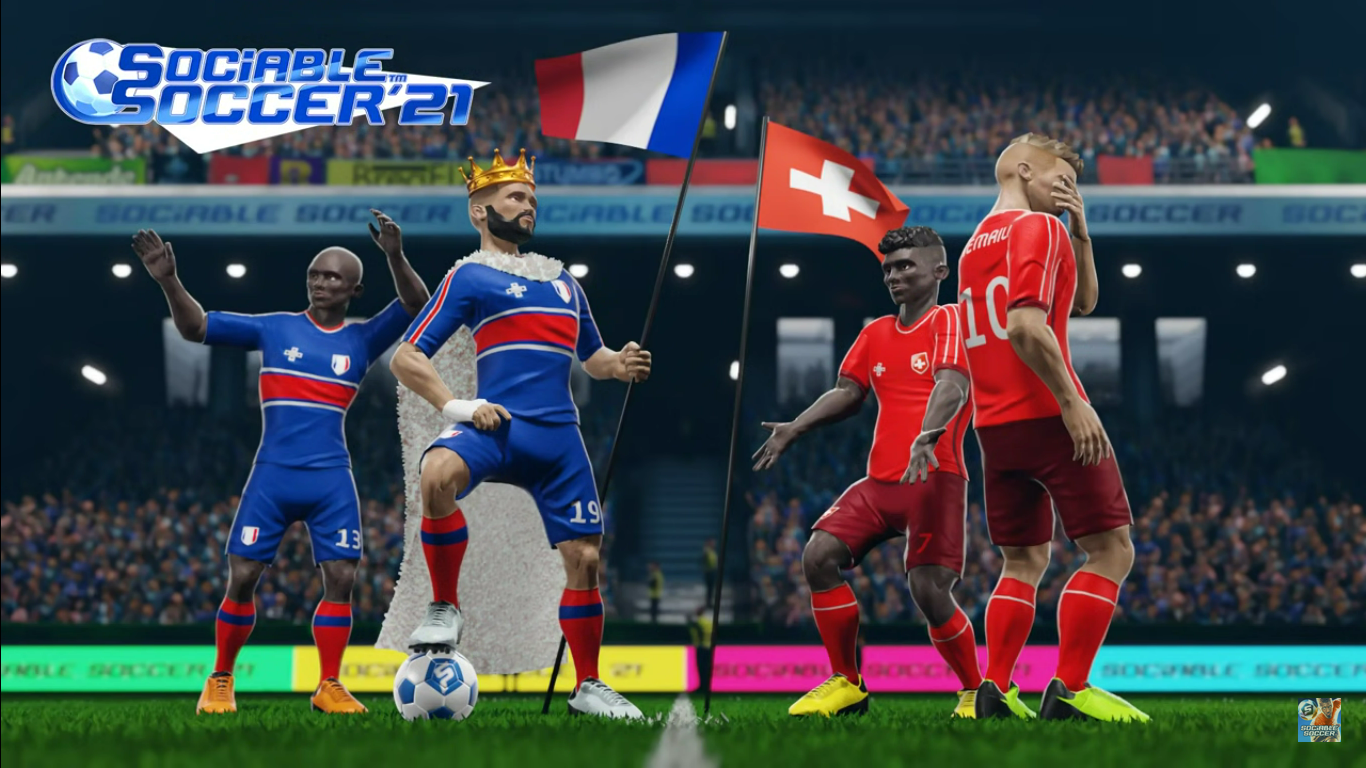 The Sensible Soccer series is probably the most fun you can find when it comes to pick-up-and-play football games. I might not possess the familiarity of Pro or FIFA, but there’s no denying the pure fun of Sensible’s tiny footballers burying the ball in the back of the net.

Sadly Sensible Soccer has gone quiet over recent years, but that hasn’t stopped the series creator, Mr. Jon Hare, from putting more fun into football with his most recent game on Apple Arcade — Sociable Soccer.

Now we have news that Sociable Soccer will be heading to PC and home consoles next year.

Speaking to VGC, Kiss (publisher) CEO Darryl Still said he was aiming for a release on the 17th of April, 2022, and that Sociable Soccer would be coming to PC, Playstation 4/5, Xbox One/ Series and the Nintendo Switch.