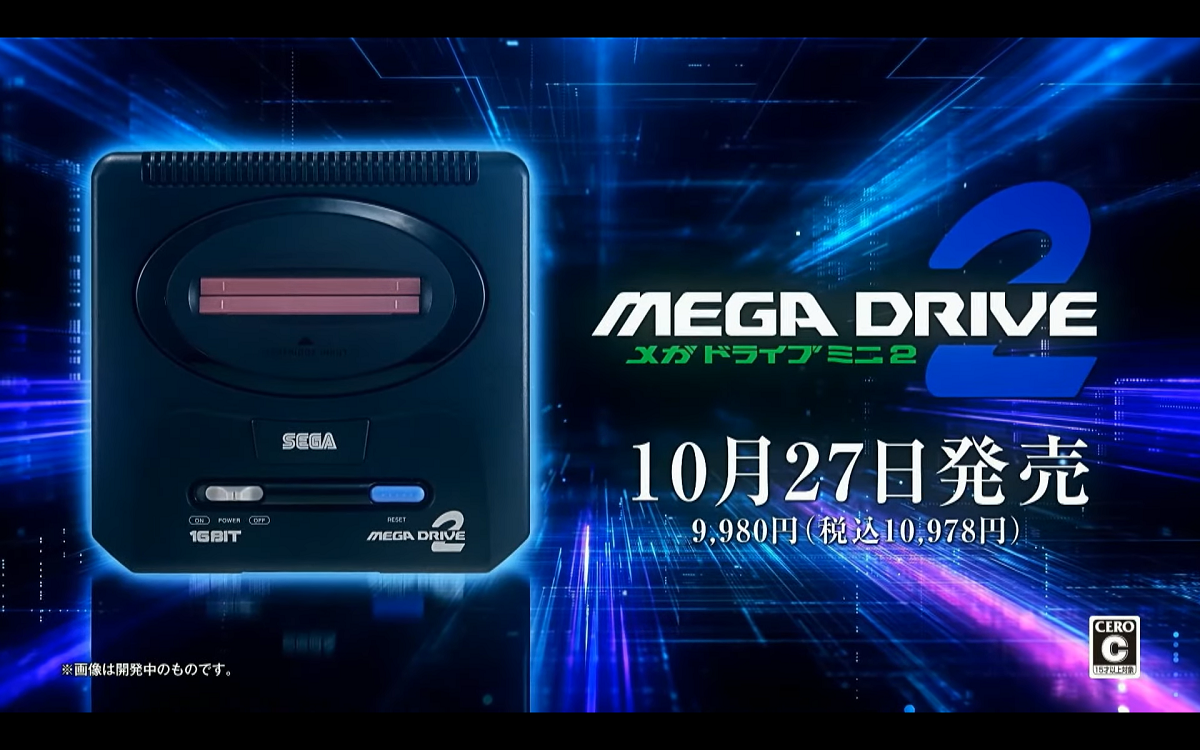 There was talk of Dreamcast mini console and Saturn mini when Sega started teasing a new unannounced project from the staff behind the Sega Mega Drive and Game Gear mini consoles. Well calls for the celestial body and the box of dreams were off the mark because Sega has revealed that their next mini console will revisit the Mega Drive, this time in the 2 form factor.

That might sound a little disappointing but there’s more to this new Mega Drive mini than just the same games in a new shell. Not only will this mini have new Mega Drive games on it but there will also be Sega CD games included, with 50 games to be on the machine in total.

The Sega CD was an add-on piece of hardware for the Mega Drive that had CD based games. Now we might be able to play some of those CD games again in an officially released capacity. I write might because this system has only been announced for Japan as of writing. Hopefully we’ll hear about a Western release soon.