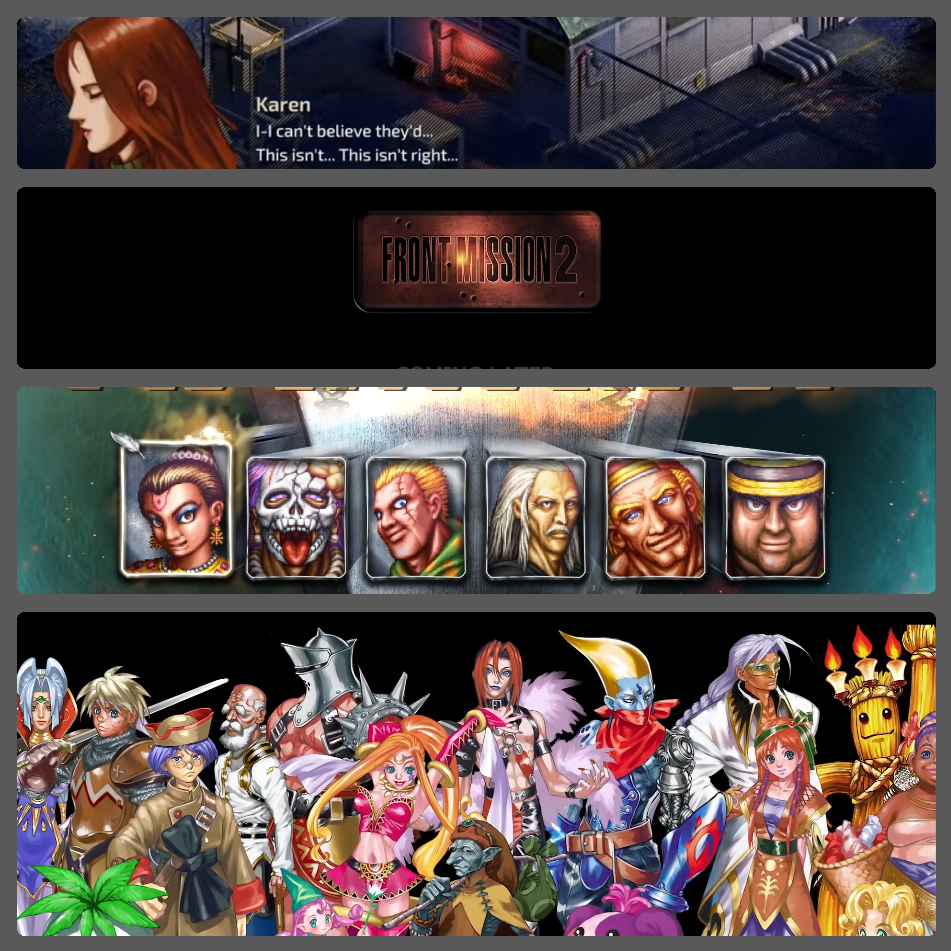 It was announced in the recent Nintendo direct event that we would be seeing the first two Front Mission games, strategy rpgs from the Super Nintendo with big robots, Live A Live, another Super Nintendo title and one that never left Japan, then finally Chrono Cross, cult-classic and sequel to Chrono Trigger. All the games will see some improvements to visuals or additions to gameplay.

Chrono Cross is scheduled for a release on the 7th of April, 2022 for the Switch, PS4, Xbox One and Steam (and will include the text adventure prequel Radical Dreamers).

Besides the Chrono Cross Remaster, the titles are only confirmed as coming to the Switch for now, and there has yet to be any news of a physical release for them unfortunately.

Let’s hope that we do see a physical release for all of these games, because, even though they are over two decades old, some of them never made it out of Japan; and not a single one of them was physically released here in Great Britain.