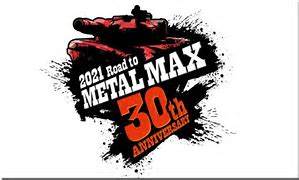 We did our own review of Metal Max Xeno for the PS4, and the game had some positives, but also its fair share of problems.

It might just be the case that some of those problems might be corrected in the recently announced Metal Max Xeno Reborn for the PS4 and Nintendo Switch. Xeno Reborn looks to be something of a remake of the Metal Max Xeno, with improvements to visuals as well as changes to the battle system and added story paths.

Not only did we have the Metal Max Xeno reborn announcement but also Metal Max Xeno Reborn 2. This sequel is set to take place sometime after Metal Max Xeno, following what happens to Talys next. However, although series creator Hiroshi Miyaoka has penned the story, it has yet to be officially cleared.

Finally, there was a third game announced for the 30th Anniversary of Metal Max called Code Zero, but very little details besides that were given.

We will have to wait a little longer for more details to emerge about releases and such, but it looks like we’ll be seeing more of the Metal Max series in the future.