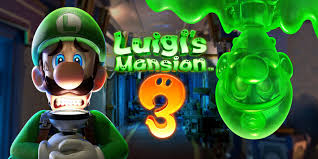 Luigi’s Mansion 3 has been warmly received by Nintendo Switch owners, being the fastest selling title in the series.

Well Nintendo have certainly taken notice of Luigi’s popularity and have announced two pieces of DLC that will be available in 2020. Both pieces have release dates of 30th of April and the 31st of July respectively, but both will be available as a single purchase.

The DLC will add both cosmetic and gameplay differences to the multiplayer ‘Sacrescraper’ feature as well as adding a new flashlight item.