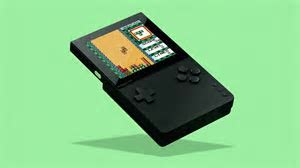 For those with large game collections that extend over several console generations there are many ways to play their older titles.

From straight emulation on PC, the interesting halfway approach that uses emulation but incorporates original cartridges which you see from Hyperkin, or FPGA consoles that work as close to original hardware as possible .

On the far side of that scale are the Analogue series of consoles, that probably deliver the most ‘authentic’ or ‘accurate’ way to play you old games on new hardware. Now the people at Analogue are looking to bring that accuracy to the whole of the Game Boy family with the Analogue Pocket.

Promising to be ‘compatible with the 2,780+ Game Boy, Game Boy Color & Game Boy Advance game cartridge library’ straight out of the box, the Pocket is possibly going to be the closest thing to playing one of the Game Boy handhelds without actually holding one.

There’s an awful lot of interesting information to go over that can be seen over on the Analogue Pocket’s official site, but the important details are the broad release date of 2020, the price of $199 and the promise of a ‘dock’ to allow you to play your Game Boy games on a TV.

We still have a little while to wait for the Pocket, but given Analogue’s track record, it seems likely to be another high quality option is on the horizon for classic games players.