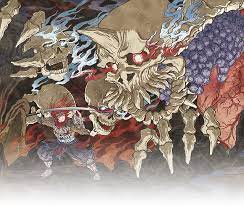 Nintendo streamed another Indie World Showcase, which sheds some light on upcoming, smaller titles coming to the Switch.

There was plenty on display including a sequel to the critically acclaimed Oxenfree and the Dotemu’s Teenage Mutant Ninja Turtles: Shedder’s Revenge. But the stand out title for Stage-Select had to Getsu Fūma Den: Undying Moon, a hack ‘n slash sequel to the Famicom title Getsu Fūma Den.

Though the original was only ever released in Japan, hero Fūma will probably be familiar to old fans of the Yu-Gi-Oh Duel Monsters cards, appearing as Getsu Fuhma.

The game is still owned by Konami but is developed by GuruGuru, and will be release on the Switch and Steam in 2022.

You can watch the Indie World Showcase in its entirety here.